Mainly Music began in New Zealand in 1990 and the program has gradually spread around the globe. It is designed to be “a fun music group for parents or primary caregivers to enjoy together with their young children. Each group is associated with, and is run by volunteers from, a local church. Children are introduced to music, creativity and more.”

Back in July 2009, one of our parishioners, Glenda Murrell, gathered a team of volunteers to deliver this program in the parish. 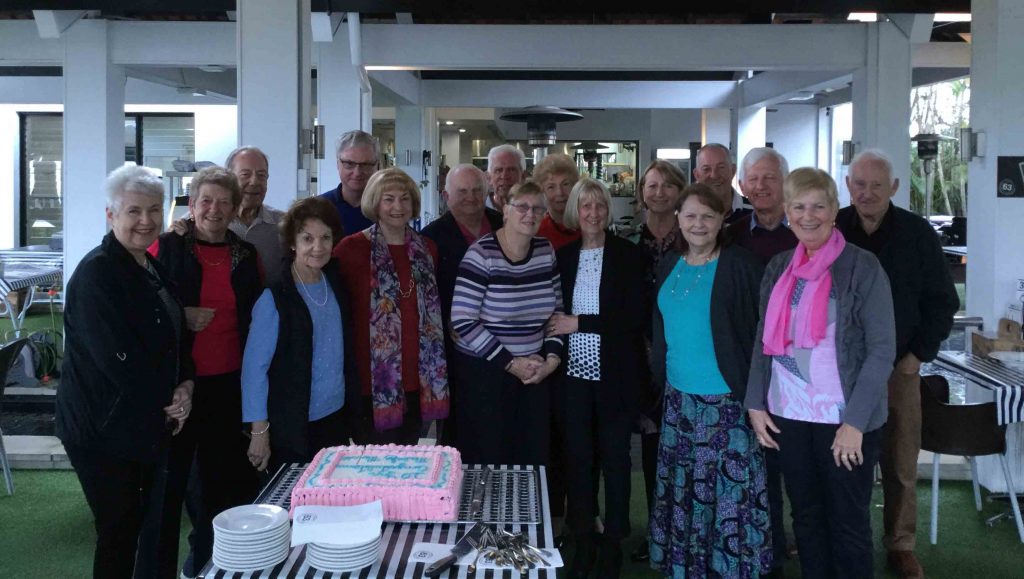 The Mainly Music team at Holy Rood, Oxenford celebrating the 10th anniversary of their ministry

During the ten years since Mainly Music began at Oxenford, hundreds of littlies from birth to five years have come through the doors each Thursday morning during term time. The team, with lots of donations from other parishioners, has provided snacks for the children and tea, coffee and delicious food for the adults. A period of social activity is followed by a half hour of Mainly Music’s structured music and movement program.

The catchy songs and rhymes often involve counting, body parts, colours, movements, shakers, claves, coloured scarves and stuffed toys. Once the music gets underway, the joy on the faces of the children is quite special to behold. In a recent survey, one of the mums said that she values the “early learning appreciation for music and movement in a non-threatening Christian environment.” 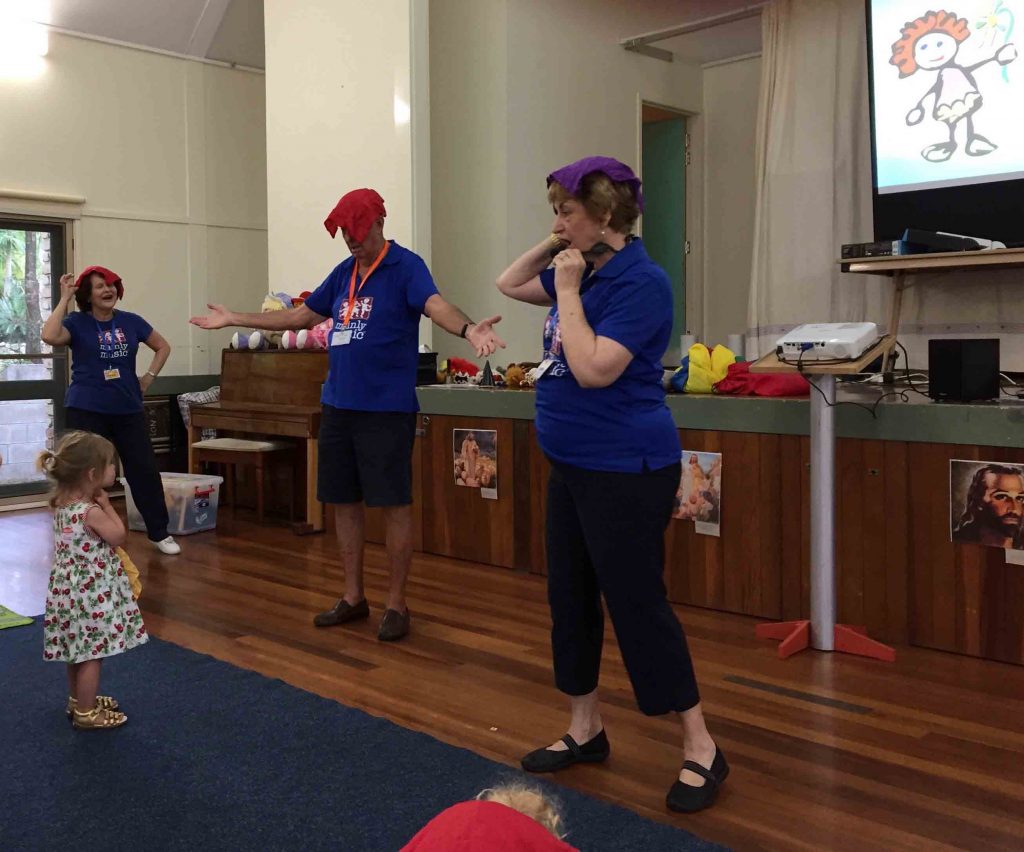 Mainly Music Team members Sandy, Brian and Glenda having a ball leading the kids in the program

The group has seen lifelong friendships develop between the parents and children who attend. Team members ­are often viewed as substitute grandparents and they provide a listening ear for those going through tough times. A ‘teapot’, with an adjacent notepad and pencil, provides an opportunity for people to make specific prayer requests.

Some of the parents attend churches of different Christian denominations, while some have begun to attend one of the local Anglican churches because of the contact with the Mainly Music program. For others, Thursday mornings is their only opportunity to encounter Christianity in action. 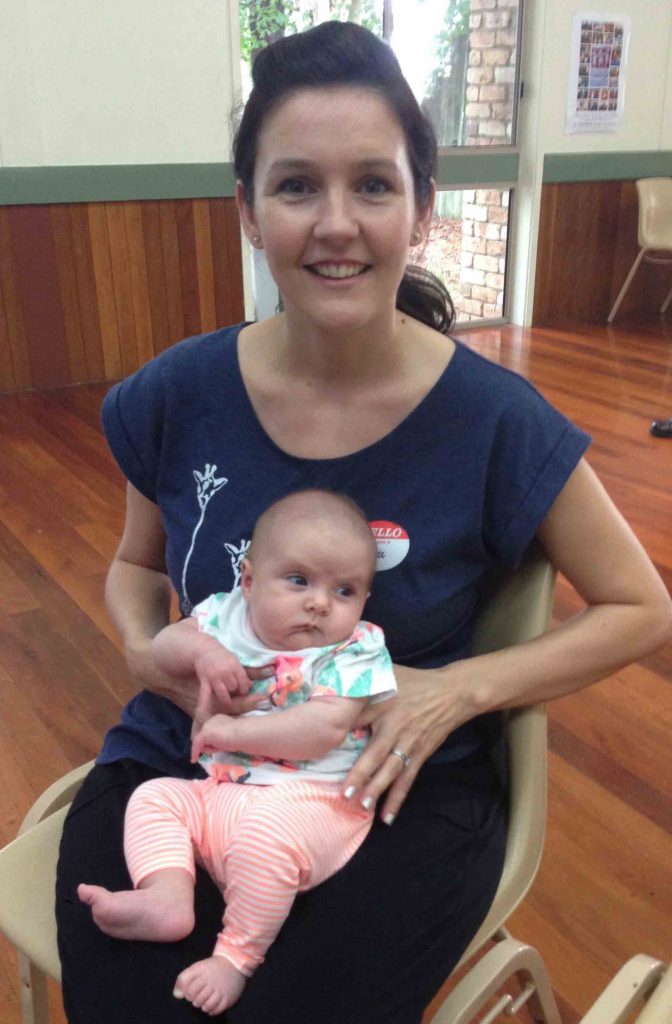 Kate with daughter, Evie, at their first Mainly Music session

This prayer is the one used each week by the Oxenford Mainly Music team:

Lord God, as we pause for a moment in the midst of our preparations for another morning of Mainly Music, let us be mindful of the responsibilities and opportunities that lie ahead of us today. As we interact with the children, the parents, grandparents, carers and with each other, may we demonstrate our faith in you in everything we say and do.

We give you thanks for the opportunity to be a part of this special ministry and ask for your blessings upon all who gather here today.

We pray this in Jesus’ name. Amen 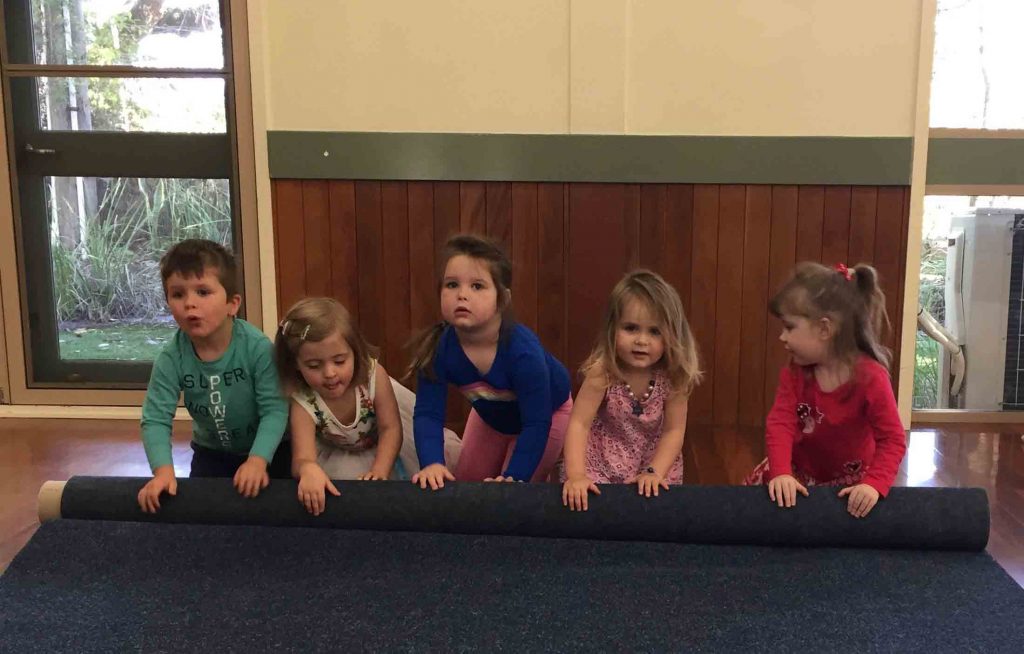 Jack, Indiana, Jayde, Evie and Tara help to roll up the carpet at the end of the Mainly Music session