On the 25th anniversary of her ordination as a priest in the Anglican Church, The Rev’d Canon Dr Marian Free from St Augustine’s, Hamilton reflects on her call to the priesthood – which began with ambivalence, but has led to a liberating and lifegiving journey.

Marian was ordained in 1995, but says she felt God’s calling back in 1980 at the age of 25. At the time she was living in New Zealand, and she had mixed emotions about being called into ordained ministry.

“I had said I would need a fairly dramatic sign for me to be in the priesthood and, of course, God complied with a ‘sign’. The next morning when I realised the implications of what had happened, I actually cried – being ordained was not part of my life’s plan,” Marian said.

Despite her unexpected call, it is clear to anyone who meets Marian now that she fulfils a vital role in her parish, our Diocese and the broader community.

The key moments in her service as a priest have a resounding similarity, with each relating to an individual person whose life has changed by connecting with God.

“When you see the results of God working through you and people’s lives transformed…to me that’s what it’s all about. To me the Gospel is about setting you free. And, if I can be used to be a part of that in people’s lives then, ‘thank you, God’,” Marian said.

Despite women having been ordained in New Zealand since 1977, when she returned to her hometown of Brisbane, Marian realised that following her call would mean helping to change the hearts and minds of many in her Diocese to allow for the ordination of women.

MOW provided support and encouragement for women with a sense of vocation and also raised general awareness of the issue and countered the arguments raised against the ordination of women.

Looking back on her call to be ordained, Marian admits that the support she received from many male clergy smoothed her journey; however, there were still times when she felt rejected from some members of her home parish.

“Within the Church the things that hurt most were knowing that people in the parish where I’d grown up didn’t agree with the ordination of women and were in a position on General Synod to vote against it,” she said.

“So that was very difficult, but the priest at the church where I’d grown up and my own priest were very supportive. In fact, in 1981, my parish priest sent me to meet with the then-Archbishop because that’s what he would have done if I was a man seeking ordination.”

Archbishop Sir John Grindrod supported Marian in her call by giving her the book that he would have given to a male ‘seeker’ – a gesture that women from other Dioceses may not have experienced at the time.

“In Brisbane we were quite lucky because among the clergy there were about 50 percent in support, so you could find enough encouragement – the negative stuff was often irrational,” Marian said.

“By and large I’ve had a very good experience as a priest and the men we trained with were very supportive, including Bishop Cameron Venables who was in my ordination year. So, I can honestly say that I spent 13 years reflecting on whether I really heard God calling – from the time I met with Archbishop Grindrod until I was ordained in 1995.”

Marian, who has been at St Augustine’s Church since 2008, said her approach to leading her parish was focused around the concept of balance – a simple harmony that she believes is supported by a church having male and female clergy.

“Balance is important, particularly if you think of pastoral care cases involving child sex abuse, rape and abortion…you know if there are men and women, people can choose who they feel comfortable sharing their story with,” she said.

When it comes to the discussion about what female priests bring to the table compared to their male counterparts, Marian believes that this depends on the person and the individual qualities they have irrespective of their gender.

“I think it probably does help that I’ve borne children and so I can relate to that and I hope that I’m sympathetic at death beds…but I wouldn’t want to say that my male colleagues aren’t as sensitive. I just hope we would all be ourselves,” she said.

Marian said she could not have embarked upon and persevered in her Anglican Church journey without the love and support of her husband Michael and children Ruth, Simon and Mark.

Marian hopes that the LGBTIQ community can feel more free to be themselves within the Church, sharing that she thought the controversial subject of the blessing of same-sex marriages could have been resolved more quickly and less painfully.

“When I was at St Francis College, I really expected that within 10 years the Australian laws would change and the Anglican Church would follow suit by soon celebrating same-sex marriages. So, depending on your viewpoint, I would say we’ve gone backwards,” she said. 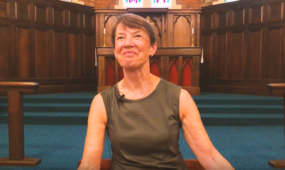 “In this regard you get questions that are heartbreaking. For example, somebody rang and she wanted her daughter baptised and she added: ‘I’m married, I have a wife, is that a problem?’

“So, I assured her it wasn’t a problem, but it’s sad that she had to ask that question.”

Marian likes to think that parish initiatives involving the wider community are the best things that the Church does, ranging from craft groups to meditations that welcome people from many different faiths.

She says the 100th anniversary celebration of St Augustine’s, Hamilton – starting with a special parish and community event ‘Music on the Green’ on Saturday 22 February – is an opportunity for the Church to further connect with the community and show that they value these relationships.

“Church is a family, so let’s have a family reunion and if you decide to keep worshipping or start worshipping, that would be great. But in any case, we’ll catch up, have a chat, get to know you and have those connections strengthened,” she said. 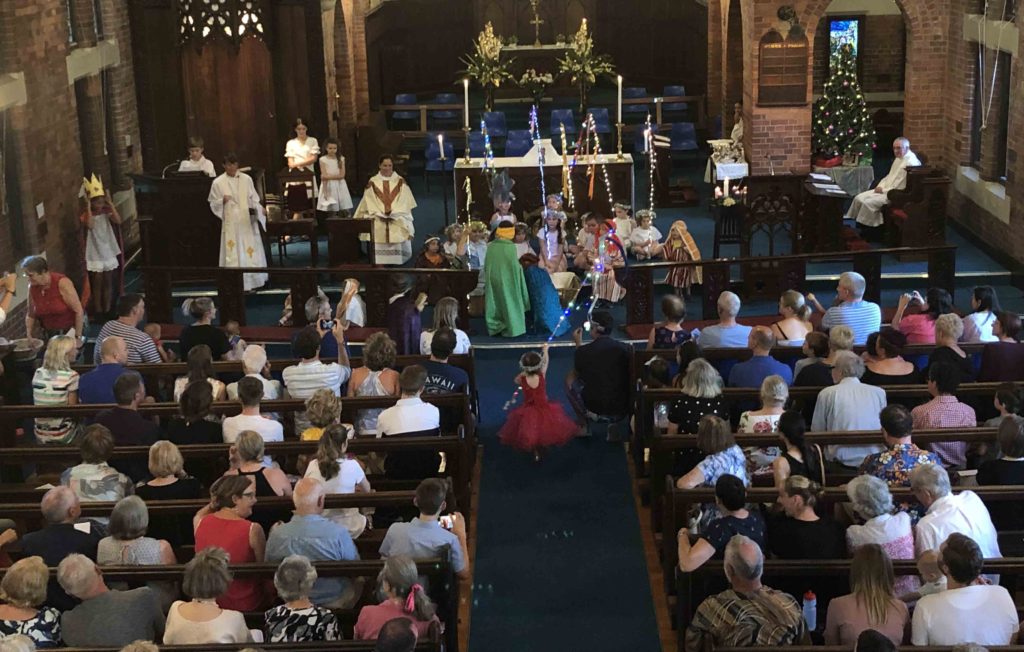 “I tend to think that it’s good to celebrate because sometimes, especially when church attendance is declining, it’s easy to feel a bit overwhelmed rather than saying, ‘Well it’s been 100 years and wasn’t it amazing that we built it in the first place’,” Marian said.

“I also think it’s an opportunity to reconnect with the community…and it’s such a significant landmark. It’s just a way of saying, you know, come and have a bit of a celebration with us.”

Music on the Green will be held on Saturday 22 February from 3-6 pm at St Augustine’s Anglican Church, 56 Racecourse Rd, Hamilton, Brisbane (alternative entry is via 9 Charlton Rd). For more details, visit our website.