“If my parents could see me now.”

I was born in 1948 to parents who had suffered through the bombing of London in World War II, so faith in our Lord Jesus was never questioned in my family’s home growing up. From my teens to age 50 living in Australia, my life was entirely consumed with material possessions and achieving success in my lighting business, so there was always something missing deep within my soul. Then came a Cursillo ‘3-Day Weekend Retreat’ in 2001 in Newcastle.

After my father’s passing in 1998, I started to attend church regularly in Terrigal in NSW. I was a ‘pseudo Christian’, looking and acting the part but still with no real belief. When I was asked to attend a Cursillo weekend retreat in 2001, I rejected the offer three times and then under sufferance decided to go. That weekend was the turning point in my Christian life. Suddenly, there was a joy in every part of life that had previously eluded me – the joy of knowing our Lord fulfils my life. He has since given me a passionate fervour to share the Cursillo ministry with as many others as possible.

Let me explain what I have learned about the Cursillo Movement that was so instrumental in my Christian journey. The origins of Cursillo started in Spain after the Spanish Civil War in 1939. Before the war, a great pilgrimage to the shrine of Saint James the Great at Compostela (now famously known at the ‘Camino’) had been planned. The shrine at Santiago de Compostela Cathedral in Galicia, Spain, had been a focal point for the Christian faith during the early Middle Ages, as it was believed that St James the Apostle was buried there. The pilgrimage idea was finally revived in 1948. 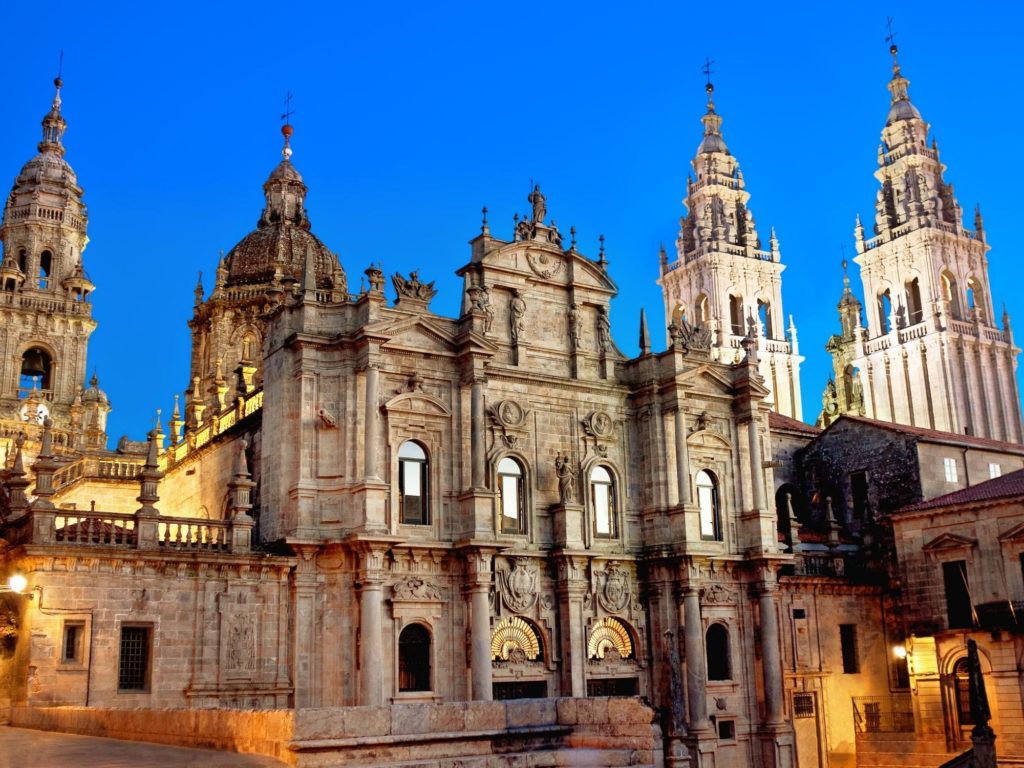 Tradition has it that St James the Apostle is buried in a tomb under the Santiago de Compostela Cathedral in Galicia, Spain

From this pilgrimage came Cursillo – a way of sharing the joy and deepening of spiritual faith with the world. It was introduced to Australia in 1979 and was endorsed by our Diocese in 1985. 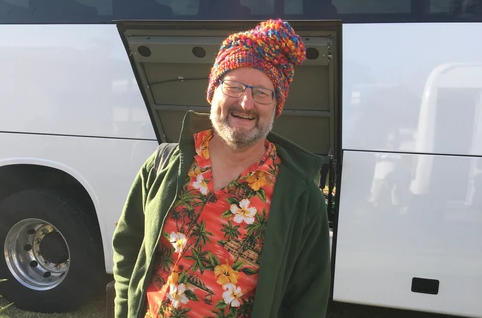 In 2018, over 70 ‘Cursillista pilgrims’ embarked on a four-day bus trip to Mitchell, in Western Queensland, to open their eyes to the effects of the massive drought

To this day, the core authentic Cursillo values shared by Spanish Christians are relevant in today’s Cursillo movement, no matter where the Cursillo system is shared. We don’t have to walk the nearly 800 km of the Camino to share in the grace of this tradition, as Cursillo comprises of a three-day weekend plus a support system of faith over a lifetime pilgrimage called the ‘Fourth Day’. 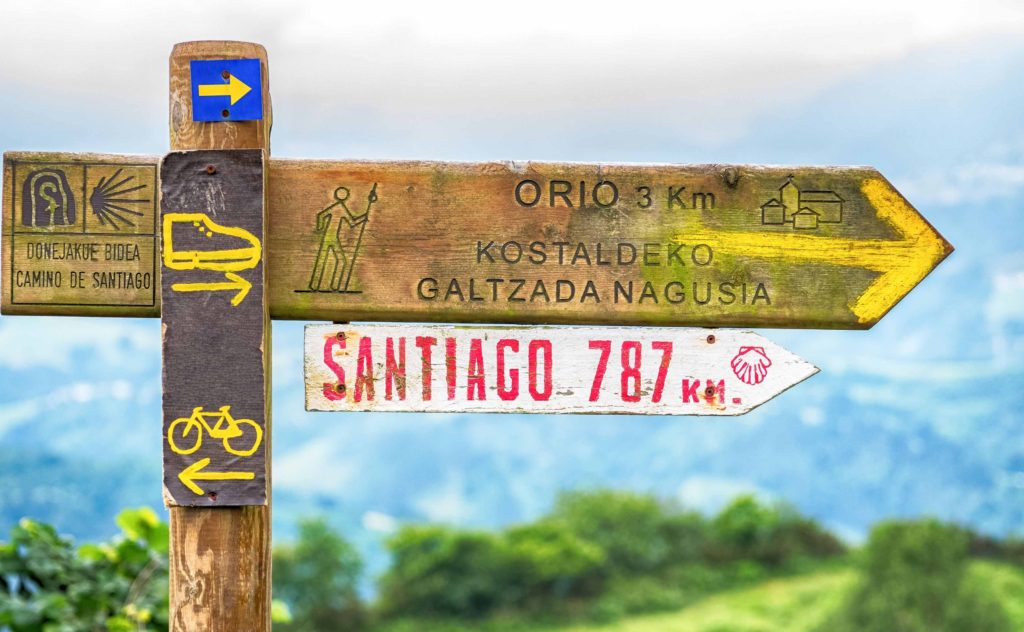 “We don’t have to walk the nearly 800 km of the Camino to share in the grace of this tradition, as Cursillo comprises of a three-day weekend plus a support system of faith over a lifetime pilgrimage called the ‘Fourth Day’”

Many Spanish words are used in the Cursillo movement. The word Cursillo in English means ‘short course’. Ultreya means ‘onwards and upwards’, as a term of encouragement to continue a journey, and is used as a title for monthly gatherings of Cursillistas. Then comes, de Colores which means ‘of the colours’, describing the way flower colours change during the Camino pilgrimage from France to Spain, as reflected in the colourful Cursillo logo. We could have changed these words to English in Australia; however, the Spanish names reflect an authenticity that the movement wishes to preserve.

In our Diocese, close to 4,000 people have attended a three-day weekend, with around 98 per cent of participants reporting that the weekend retreat deepened and enriched their faith. And, many priests credit Cursillo as an important component in their path to ordained ministry, including the Director of Mission for the Anglican Schools Commission Fr Richard Browning, who spoke of the benefits of Cursillo in an anglican focus Spotlight Q&A:

“I found Cursillo, a lay international Christian movement, a significant experience in my faith journey in 1988. It wasn’t a mountain top. It was like standing at a confusing table of jigsaw pieces which I already had and then across the three-day retreat having them all fall into place. By the end of the weekend the overall picture of the love of God, and the healing and gracious presence of Jesus, leapt out and took a hold of me.” 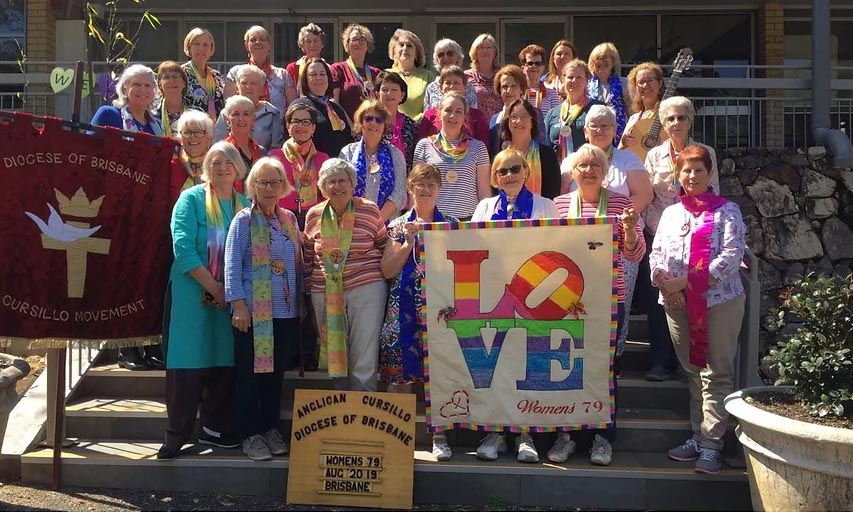 The Cursillo three-day weekend is the same today as it was when the retreats started in our Diocese 35 years ago, except these days we use modern technology.

Cursillista is the name given to someone who has attended a 3-Day Weekend Retreat. For those who want to share the joy, the only way to discover the joy of Cursillo is to enrol in a three-day weekend for yourself.

Visit the Cursillo Southern Queensland website to find out more.

The following Cursillo events are planned in the coming year:

Diocesan Ultreya (gathering of Cursillistas from our Diocese and beyond)
21 November 2020
Church of the Risen Christ, Deception Bay (or online, COVID-19 dependent)
Register online by completing this form.