Fr Bernard Thomas’ ministry has spanned two continents, commencing in 1949. It has included parish ministry and serving in the Queensland Police Academy, lecturing in education and being a Mission Chaplain between 1978-1992.

Bernard married Hilary in 1949 in the UK. Bernard, Hilary and their sons, Paul and Mark, set sail in 1964 for Australia, where Bernard became Rector of Holy Trinity, Woolloongabba. After leaving Holy Trinity, he looked after many parishes while working for the Queensland Education Department and studying at university.

I worship at Forest Lake Lodge in my room, after the fortnightly Monday service in the lounge when The Rev’d Carol, Priest-in-Charge, administers the sacrament of Holy Communion. 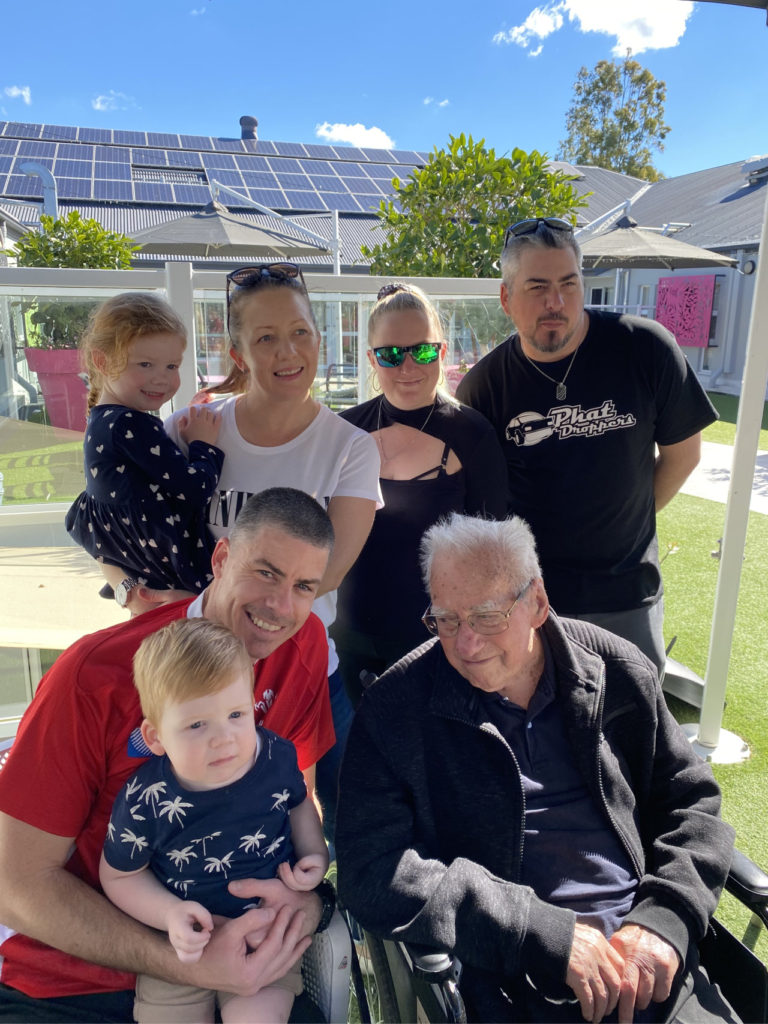 I have been involved in the Anglican Church since the age of 15 while at school and at the College of the Resurrection, a theological college in Yorkshire where I was Precentor in 1948-1949. I was ordained a deacon in 1949 and a priest in 1950, and then went to St Andrew’s Church, Lambeth where I served between 1949 and1954. I was invited to be Rector of the Parish of Woolloongabba in 1964-1972 and worked as a Mission Chaplain from 1978-1992. I have continued to preach in various parishes by invitation up until recently.

Why did you decide to become a priest?

This process of discernment began at school with the support of a worthy headmaster and Classics master in my mid-teens when I felt called. I could not avoid it; I had a faith and it all fell into place. 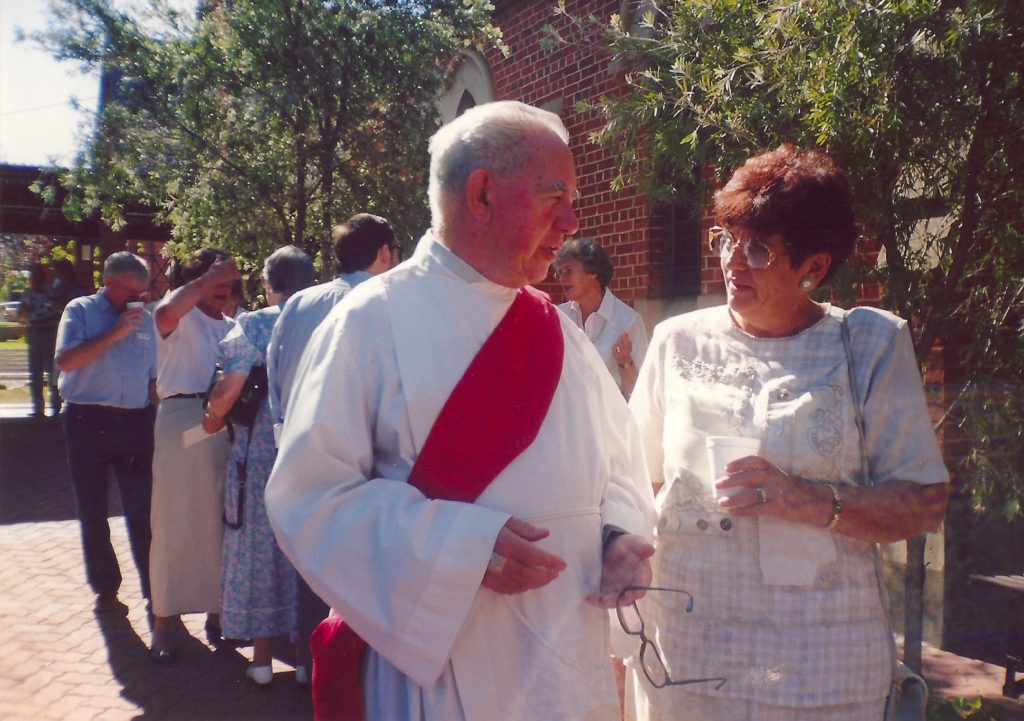 What advice do you have for those considering entering the priesthood in our Diocese?

Clergy are always needed in the community as Good Samaritans in terms of outreach, and being a caring community offering pastoral care based on the life and teachings of Jesus Christ. With a rising number of suicide attempts, it is even more imperative that clergy continue to study, undergo formation and be ordained to meet these growing needs.

What has been a highlight or best memory of your ministry so far?

My most treasured memories of my ministry so far are going and ministering to people and being ‘out there’ on the margins, rather than waiting for them to come to church. I once received a letter of thanks from a woman whom I had ministered to, ‘dating’ her recovery.

What have been the key challenges of your roles and how have you worked through these?

I have been challenged by the fact that some parishes have barely changed. We haven’t come to terms with the people and times. Clergy can also sometimes feel ‘out of joint’ when they do not feel supported.

I continue to try to understand the work of the Spirit. I realise that our prayer life is all important.

My favourite scripture is the “I am…” statements in John’s Gospel because they lead us to Jesus’ character.

Evangelical Welsh minister and medical doctor Martyn Lloyd-Jones has inspired, and continues to inspire, me the most. He was a Welsh Harley Street physician in the 1920s who gave up medicine to preach the Gospel.

The primary strength of the Church is the movement of the Holy Spirit, which flows steadily in parishes, and tradition while being open to change, resulting in fresh expressions of being Church.

What is the kindest gesture you have ever received or witnessed?

Many years ago I received a letter of thanks from a lady, which was an extraordinary outpouring from her of gratitude for my pastoral care.

What is the best piece of advice you have ever received and who gave you this?

My father, who died in 1957, gave me the best piece of advice I have ever received. It was helpful and focussed on one’s general attitude to life.

I read and pray.

I married Paul and Sue in 1976 and they have two boys, Matthew and Ryan. I also have two great grandchildren, Grace and Owen. Mark and his partner Jill have been together for many years. I now live in an aged care facility in Forest Lake, where all family visit regularly, when they can. 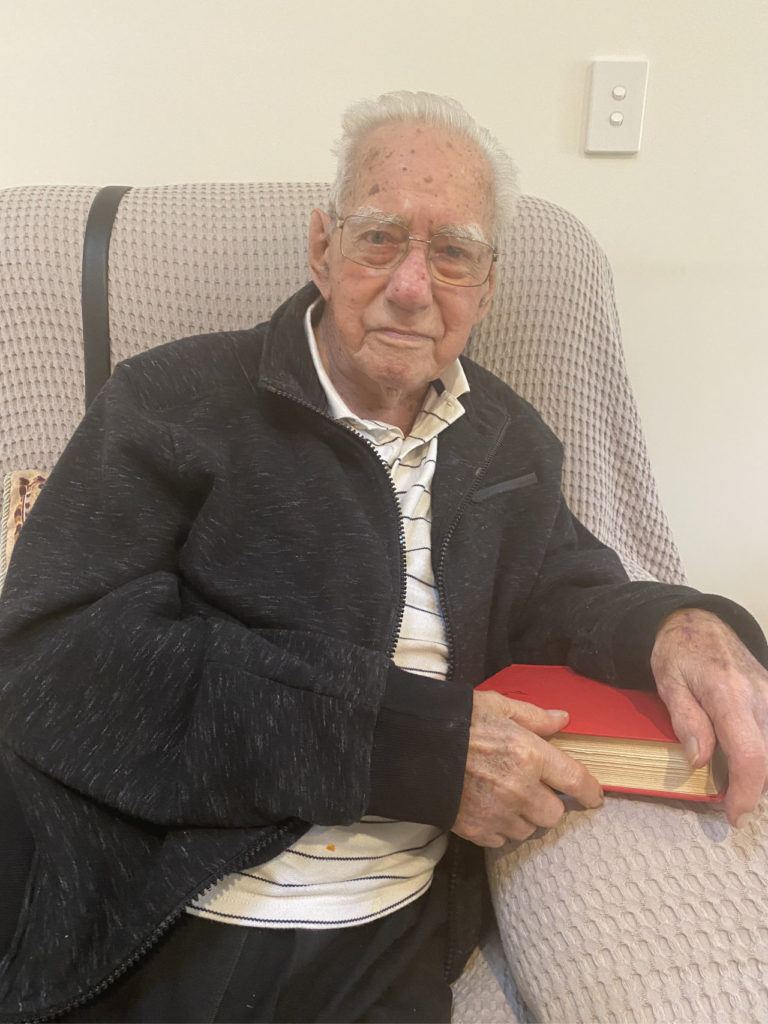 I would choose a Bible, a means of exercise and a toothbrush.

The text I would write or have written on a billboard would be John 3.16: “[For] God so loved the world that he gave his only Son, that whoever believes in him should not perish but have eternal life.”

I choose this sentence because as the Protestant German reformer Martin Luther described it, it is “The Gospel in miniature”.

What book have you given away most as a gift and why?

I have given away copies of my anthology of poems which is faith-based and spiritual. It was to be launched in May 2020 at Kangaroo Point, but COVID-19 prevented the launch from taking place.

My favourite childhood memory is being bilingual when growing up. We spoke Welsh at home and English outside it.

What day would you like to re-live and why? 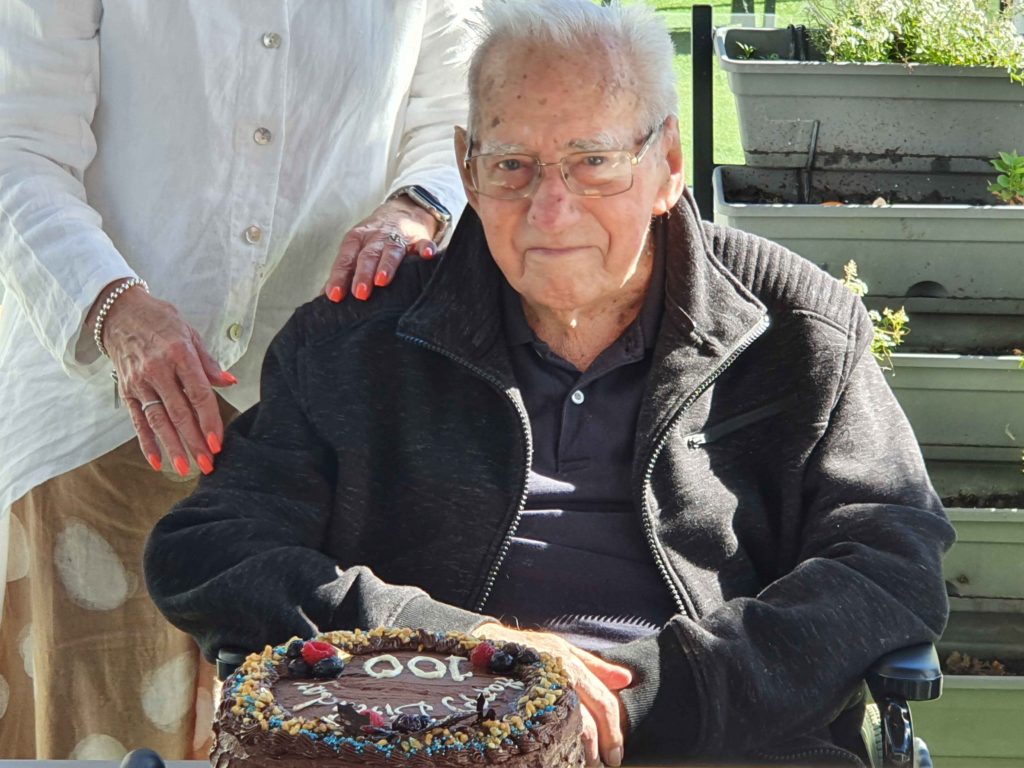 What is your unanswerable question – the question you are always asking yourself?

My unanswerable question is how life is a mystery. I keep trying to unravel it and understand it. “Life is a mystery to be lived not a problem to be solved.” All we can do is keep living, asking those questions over and over. Maybe in living them we may find the answer.