After support rose for ‘Black Lives Matter’ in May last year, there was criticism made, mainly, but not exclusively, by the right-wing media, and their supporters, of ‘wokeness’. Being ‘woke’ was seen by them as a negative thing, and an example of liberal left-wing do-goodism. Labels abounded for those who showed some solidarity with First Nations people in Australia and people of colour around the world – cultural Marxists, latte, chardonnay, champagne (take your pick) socialists, left-leaning liberals and elite, and so on. Some on the Christian right saw this as another example of secularization, and the infiltration of anti-Christian thought into Church and society. There was not a little paranoia being expressed, as well, and it seemed to me that some critics were drawing on conspiracy theories surrounding Q-Anon and the ‘stealing of the US election’ in America. Some right-wing leaning Christians were being seduced towards Gnosticism, in my view, as they were setting up an un-helpful, and ultimately non-Christian, dualism about secret organizations, motivations and clandestine goings on. It would have made for a good Dan Brown novel!

However, my thoughts were that it is better to have people for us, rather than against us, even if there was some difference in thought. People were standing in solidarity with us. Was being ‘woke’ such a bad thing? For those who do not know the term, ‘woke’ is an African-American term for being woken up to issues around injustice, particularly around racial injustice. It simply means being ‘awake’ rather than ‘asleep’. It has now become a politicized term, mainly for those who don’t like the people who are ‘woke’. It seemed to me that the appropriating of an African-American term and turning it into an insult was not a little racist in itself. However, in the end it doesn’t much matter whether you use the term ‘woke’ or not, but standing in solidarity with those who need it does.

I am reminded of a telling moment in the life of Jesus. It comes just after the section in Luke’s Gospel, chapter 9 where the disciples are arguing with each other about who is the greatest.

49 John answered, “Master, we saw someone casting out demons in your name, and we tried to stop him, because he does not follow with us.” 50 But Jesus said to him, “Do not stop him; for whoever is not against you is for you.” 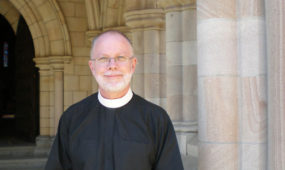 Solidarity in the age of me

My point is solidarity is not necessarily about being one of us, but it is about walking alongside us in the same direction. Those who showed solidarity with ‘Black Lives Matter’ may well not know what it is like be a First Nations person, or they may be liberal left-leaning latte drinkers, or the academic elite, or members of a union, or members of the Liberal or Labor parties, or sincere and devout Christians (many are). Solidarity is about a journey into seeing how the world looks to those who are oppressed, and seeking to walk alongside those who are trying to shape the world into a place of equality and justice. Those who stand in solidarity seek to learn from those they walk alongside, and they are also challenged to see what role they also play in the oppression of others. This is as true for me as it is for others. I am also called to walk alongside others who are oppressed, and to consider my own contribution to their oppression. Solidarity can be a type of conversion where our eyes are opened to a world in need of liberation, redemption, and healing. I do not think there are too many Christians who do not have that hope, as well. We will differ about how best to achieve this, but solidarity helps us to learn from each other. It can even provide the opportunity for us as Christians to share with those who walk alongside us why we think the good news of Jesus is actually good news for the world we live in.

The Anglican Communion’s ‘Five Marks of Mission’ include as number 3: ‘To transform unjust structures of society, to challenge violence of every kind and pursue peace and reconciliation’. Whilst ‘woke’ might be a newish term, the Church has always been called to stand in solidarity with the poor, needy, and outcast. We were ‘woke’ before we even knew of the term!

So, being ‘woke’ is not such a bad thing in my view. I think it is a term that has much depth to it. I would rather have my eyes open than shut to the things that need our attention. However, what matters most is that we work and walk together, and care about the world we live in, rather than what labels we adopt. Being ‘woke’ is not a new thing. In former times it was called solidarity, having our conscience raised, or advocacy. Since March 2 this year there have been another nine First Nations’ people die in custody. We all need to be ‘woke’ to this injustice, and continue to confront systemic racism and unjust structures together.