A Bishop and former refugee, a WestMAC Indigenous Perspectives Learning Innovator, a Cathedral parishioner and St Francis College formation student, and the anglican focus Editor share their insights and learnings gleaned from gestures of kindness that went awry.

In the first three months of living in Toowoomba after coming as a refugee from South Sudan, I was walking through the Grand Central Shopping Centre.

I saw an elderly lady pushing a loaded supermarket trolley up a slope. I immediately walked over to her, put my hand on the trolley handle and asked, “Hey, Mum, can I help you?” She looked at me quite shocked and said, “I’m NOT your Mum,” and pushed me away from the trolley. Once she was back in control and fast moving away, I felt very embarrassed and realised I had done something terrible.

In South Sudan, it is normal and respectful to call any older woman “Mum”. It is also expected that you will help, particularly a lady, to do any task someone is struggling with. I assumed that these norms applied everywhere.

I was felt embarrassed and ashamed that in a public place I had obviously done something well intentioned, but not acceptable here.

Looking back now, I can see it from her point of view. A strange man comes up to you suddenly, calls you “Mum” and tries to take over your shopping trolley. Of course she thought, “What he says does not make sense and the sooner I get can get out of here the better.”

Talking to friends later, I realised that she would not only have been startled, but possibly made to feel that she was not capable of doing things for herself, thus having her sense of independence undermined.

This was a hard, but important lesson for me to learn. 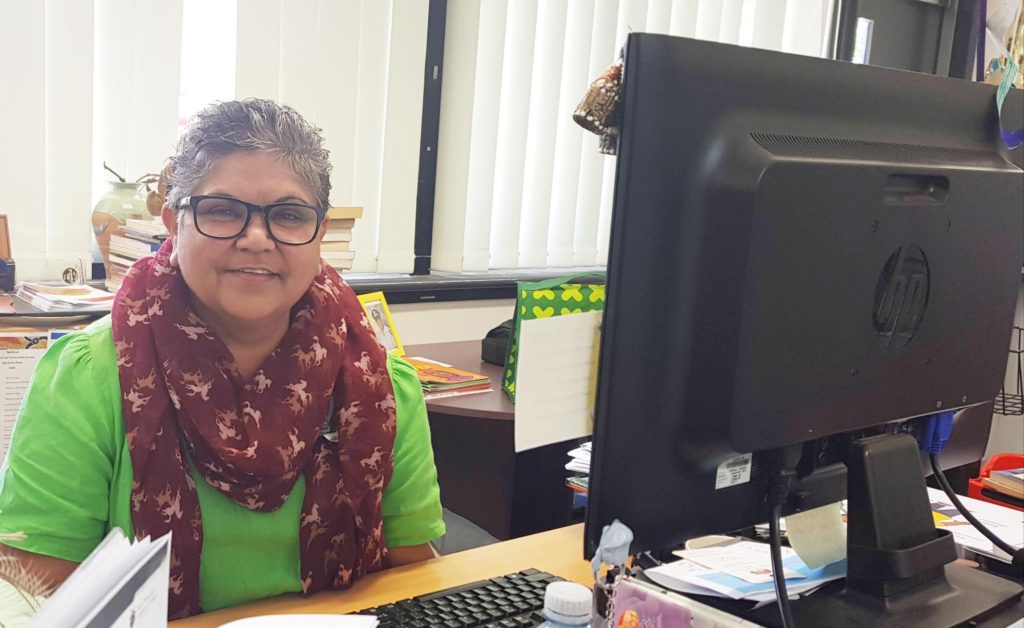 I loved my role, many years back, on the elderly patient ward as a ‘Hospital Elf Recruit’, affectionately called ‘HER’. It was a wonderful way to spread cheer and show kindness by visiting patients, reading to them, and just generally being a cheerful and caring presence.

One beautiful sunny winter’s day, I was asked to go out into the sunroom and do a general tidy up. The ward manager wanted to say something to me, but at that exact moment there was a crash from a patient’s bed, and she went to assist. So, I headed out to the sunroom alone, and upon seeing a new patient, greeted him with a big cheerio, asking, “How are you doing today?”

“Help”, the elderly gentleman whispered in response. Noticing that he was struggling with opening a gate, which led out to the ward’s garden area, I didn’t think twice in opening the gate to let him descend the few steps so he could enjoy the flowers.

Returning to my duties, a good five minutes had passed when the ward manager joined me in the room. By the look on her face, I could tell immediately that something dreadful had happened. As she looked from me to the gate, I turned and could not see the elderly gentleman anywhere. Even though there was no gate from the garden to the street, a determined escapee could climb over it, as it only stood about a metre and half high.

The ward manager ran to the phone and called the police, gave a description of the resident and locked the ward down.

Next time I respond to what appears to be a hapless elderly gentleman who seemingly needs assistance in opening a gate, I will remember that sometimes being kind means keeping the gate shut! 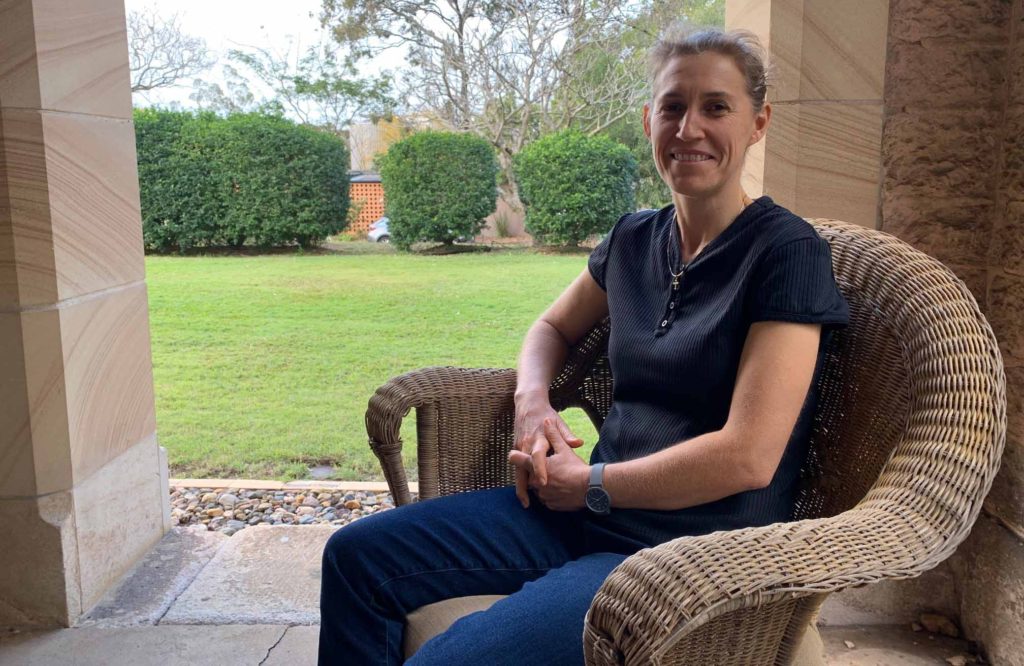 Back in my 20s, I suspected that a good mate was living in an abusive relationship. So, when she called and said “I’m moving out”, I immediately dropped everything and drove over four hours to her rural property in western NSW. Helping her to move proved to be an adventure for both of us.

Apart from her household goods, she had two pet goats, with the only transport being the back of her Holden Torana hatchback. The goats were quiet, but unaccustomed to travel, proving to be incredibly wilful when it came to being led and herded. We bribed the first goat with oats and gently lifted it into the vehicle. The dilemma was how to get the second goat into the small car.

Needless to say the first goat jumped out in the process of getting the second goat in. This roundabout of goat in and goat out continued repeatedly for some time. We bribed and coaxed the goats in vain before realising that we needed to lug them in. Wondering how I signed up for this, I was grateful when we eventually had them mustered into the Torana.

On reflection, the story of Noah’s ark comes to mind. How on earth were all those animals so subdued and willing to be loaded into the ark? I now re-imagine the event to look like a cacophony of fur, feathers, squawking and snorting, with animals leaping on and off the ark and Noah tearing his grey hair out!

Today I wonder, “Have I ever been like those goats?” I can recall times when a new way of life was presented and I resisted the change and said, “No, that’s not for me”. I’m pleased God seems just as persistent with me as I was with the goats! Friends often comment on my journey with the Church in the last 12 months, especially on my commitment. My reply has been, that if God has you gently by the scruff of the neck, it’s best to go with it! 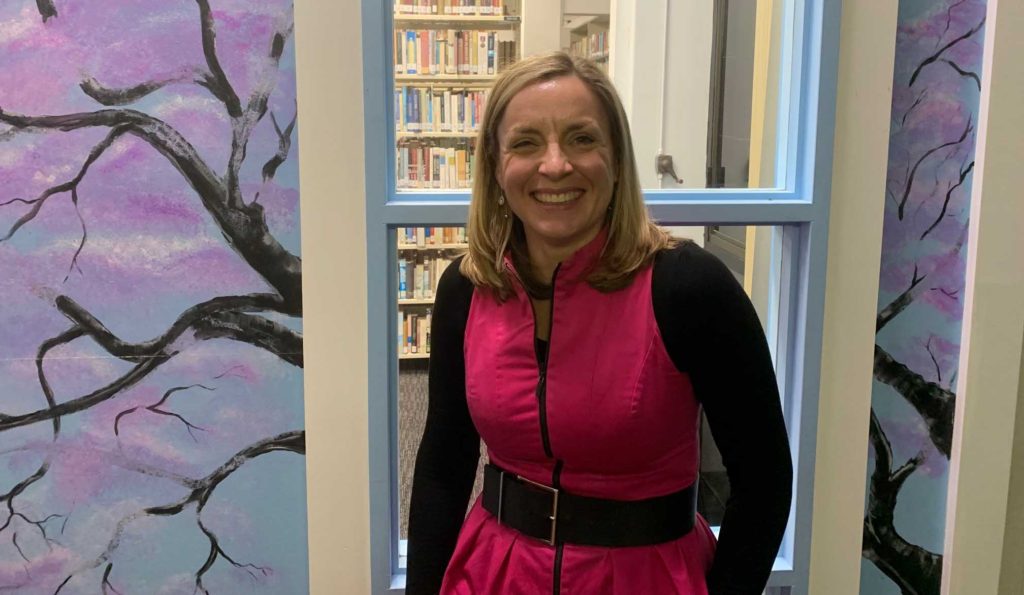 A gentleman named James* sleeps under a Brisbane River bridge. On one August afternoon while chatting with him, I noticed how scant his bedding was. Knowing it was going to be a very cold night, I decided to walk back with some food and items to keep him warm.

Upon reaching home, I resolved to give him ‘The Full Mum Treatment’. In hindsight, this was over the top and so no wonder it freaked him out.

I returned to James at 9.30 pm. He gladly accepted the new doona, the homemade soup and bread, breakfast food and other meal items for the following day. He refused the two-litre bottle of water, but I left it anyway because I am a mum.

I noticed his eyebrows raise at the five large mandarins in a zip-lock bag and he got a strange look on his face when I pulled the toiletries and towel out from what must have seemed like a bottomless Mary Poppins bag.

The thing that alarmed him though was when I pulled out the full hot water bottle. He shook his head with disbelief and told me he didn’t need it, but I left it anyway because I am a mum.

At this point, something darted out from James’ bedding and ran between my feet toward the river as I squatted low to the ground on my haunches. I let out an expletive starting with ‘s’, asking “What the heck was that?” James said that it was a mouse and explained that there are three of them. Surprised that he had three mice living in his bedding, I asked for some stupid reason, “Are they related?”

“I don’t know,” he replied slowly with an understandably bewildered look.

As I started walking home, I remembered about my friend whom I had asked to stay on the phone while I was under the bridge so late at night. Upon reinserting the ear buds to recommence our chat, I discovered that he had been laughing throughout my conversation with James.

I visited James again three days later to check on him and he looked at me with outright suspicion. I think I’ll leave it for a while before I see him again.

Maybe next time I meet Jesus in disguise, I’ll go a little more gently so I don’t overwhelm him.

Editor’s note: If you have an amusing ‘kindness caper’ story to share with anglican focus readers, please email a brief 2-3 sentence summary of the story (including what you learnt) to the Editor, Michelle, via focus@anglicanchurchsq.org.au