On Sundays in the 1960s Mum and Dad piled my siblings and me into the car to visit my grandparents in Wangaratta. For the first few kilometres the bush came right to the edge of the road until upon climbing a rise, rolling, almost treeless, hills abruptly appeared. Even as a young boy, I felt sad at the sight of bare hills – at what had been lost. Without audible words, the land spoke to me. In its exposed brokenness, the land itself seemed to be grieving and crying out for help and restoration. As we drove, in my mind’s eye I was on those hills in my gumboots, shovel in hand, planting trees.

One day I accompanied my Dad to visit a farmer. As we walked through his shed, we passed a trailer load of library clearance books that had been unceremoniously dumped on the floor. Two dull green nondescript volumes caught my eye: I Planted Trees and Sahara Conquest by English biologist and botanist, Richard St. Barbe Baker (1889-1982). Baker fought for the preservation of forests and for the sustainable management and utilisation of trees. He had the ability to look back, learn from history’s lessons, and then project into the future. He was a communicator, conveying what would befall all life on earth if we continue on this foolish trajectory of unfettered forest destruction. Baker stood out as a man of action with the rare ability to inspire others. He impressed upon presidents, kings, technocrats and tribespeople alike of the need for action – and he did all this in faith and on a minimal, often meagre, budget.

His books comforted me – that there were at least some adults who did care about the environment, and his example challenged me to make a difference. Baker inspired volunteer “armies” of tree planters around the globe, demonstrating that something could be done to combat the destruction, while delivering a balanced approach to conservation and production. Baker’s words inspired me:

“We had better be without gold than without timber. Wood is necessary to civilized life, and therefore it is a basis of civilization. The greatest value of trees is probably their beneficent effect upon life, health, climate, soil, rainfall and streams. Trees beautify the country, provide shade for humans and stock, shelter crops from wind and storm and retain the water in the soil at a level at which it can be used by man [sic]. The neglect of forestry in the past has accounted for the deserts that exist, because of the fact that when the tree covering disappears from the earth, the water-level sinks…When the forests go, the waters go, the fish and game go, crops go, herds and flocks go, fertility departs. Then the age-old phantoms appear stealthily, one after another – flood, drought, fire, famine, pestilence.” (Richard St. Barbe Baker, 1944. I Planted Trees. Lutterworth Press: London. p.244) 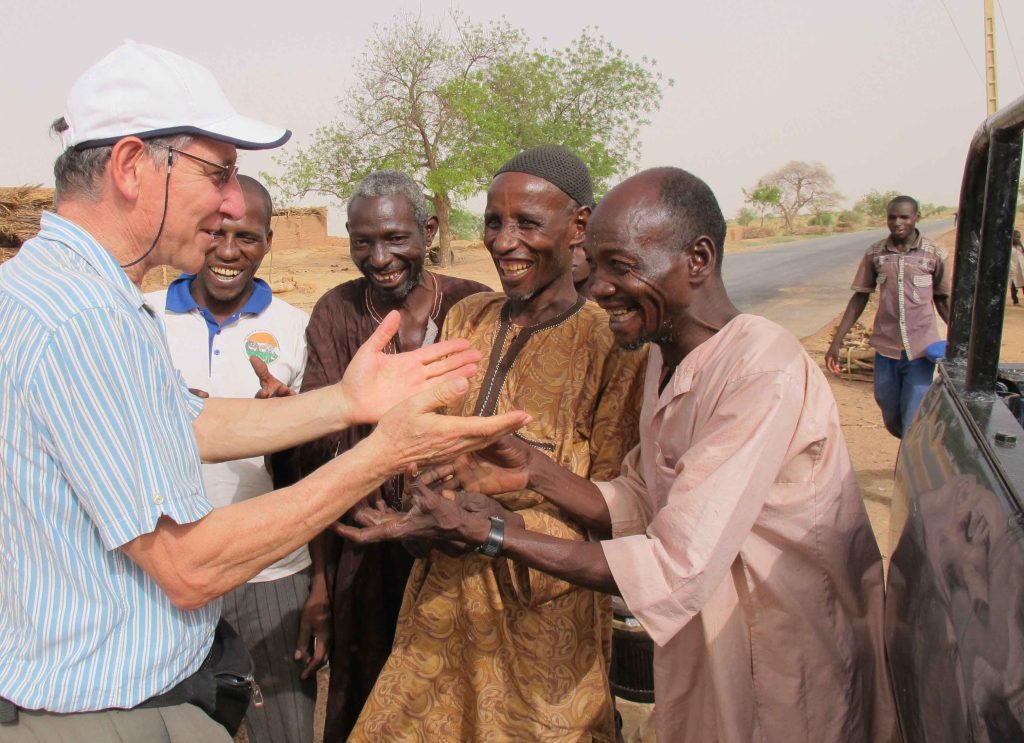 There were three significant things that shaped me as I grew up, and that continue to shape the person I have become.

I witnessed and read about the unbridled destruction of nature at home and globally – deforestation, oil spills, pollution, use of toxic pesticides…and these things disturbed me deeply.

At the same time, I was very aware that children just like me who happened to be born elsewhere were going to bed hungry, while I had everything I needed.

Finally, my mother’s Christian faith helped provide a framework for living, instructing me that there were more important things in life than financial security, that we have a responsibility to share what we have with others who need it, and that we have a duty to care for God’s creation. 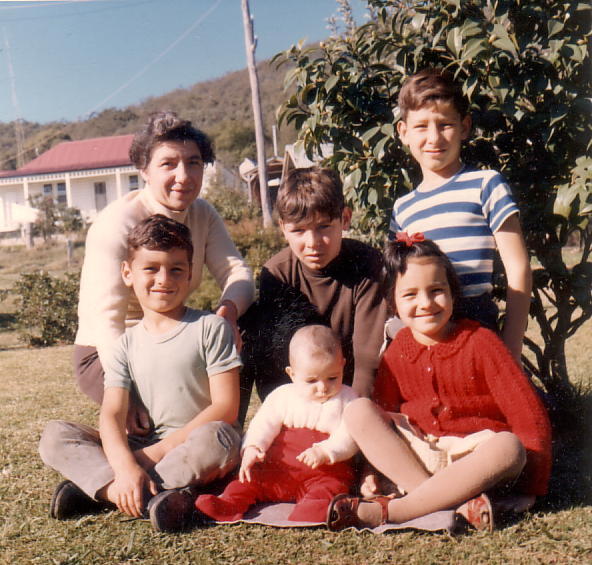 Mum (Carrol), brother Sam and Tony and (front row) brother Peter and sisters Josie and Cathy in the front yard of their Myrtleford home around 1964: “Several times a year at one stage, Dad would take a Sunday family shot near the Camelia tree”

The injustice, the short-term thinking, the normality of what was really deeply flawed and even immoral, left me feeling frustrated and angry, but I did the one thing that I could do – I offered up a child’s prayer, asking God simply to use me somehow, somewhere to make a difference, and I believe that God has honoured that prayer.

Sadly, many young people today feel angry and frustrated – even despairing – about climate change, biodiversity loss, poverty and injustice. I want to encourage you, as I am by Ephesians 2.10: “For we are God’s handiwork, created in Christ Jesus to do good works, which God prepared in advance for us to do.”

While I thought the situation was hopeless and that I couldn’t make a difference, this verse shook me into a different reality – Yes! There is something each one of us can do – and God has already prepared it beforehand! My job, and yours, is to patiently ask God to reveal his plans to us and to ask his help to fulfil them.

As we celebrate Schools Tree Day on Friday 29 July and National Tree Day on Sunday 31 July, let’s reflect on what it is that God has prepared in advance for us to do – and begin to take action.

Editor’s note 26/07/2022: Tony Rinaudo’s inspiring story is told in The Forest Underground: Hope for a Planet in Crisis, which has been shortlisted for Australian Christian Book of The Year for 2022. Tony Rinaudo’s book can be purchased online and in good book stores.