The 15th Lambeth Conference of Anglican Communion bishops was postponed from 2020 to the second half of this year due to COVID-19. The planned 2020 event was also a delayed meeting, initially anticipated to take place in 2018 – 10 years after the 2008 conference, which was marked by disagreements over human sexuality. One consequence of the delay caused by COVID-19 was that the conference started long before we gathered on the very dry ground of the University of Kent.

The Archbishop of Canterbury has worked in the space of conflict and difference for a good while and part of the pre–Lambeth Conference preparation utilised work by a group called “Difference”, who suggested three habits for the time we had together. The three habits – “be curious”, “be present” and “reimagine” – were encouraged during the conference.

I was impressed by how these values seemed to buoy the conference.

I did not go with high hopes. About one week before the conference, when the Lambeth Calls were released, there was a lot of confusion regarding the Human Dignity call. It included text from a controversial 1998 resolution (Resolution 1.10) and it had also been widely leaked that we would be using voting machines (there was a shift away from these machines to table feedback at the start of the conference).

However, once we gathered, I was struck by the willingness of bishops to listen to each other. We had morning Bible study groups, which I think were appropriately assembled with diversity in mind. This was an enormous endeavour, especially because a small army of translators needed to be shared among the groups. I was with:

I was deeply moved by the willingness of study group members to hear each other’s stories. I would like to see more of this intentional listening in national bishops’ meetings in Australia.

We were scheduled to discuss the Human Dignity Call on day seven of the 12-day conference. It was an extraordinary afternoon. My first observation is that the discussion did not reflect how it was being portrayed on Twitter. What was initially portrayed as a “bait and switch” Lambeth and later as “self-satisfied” Lambeth was actually something very different. The Archbishop of Canterbury said the following about the big issue of dignity and human sexuality:

“For the large majority of the Anglican Communion the traditional understanding of marriage is something that is understood, accepted and without question, not only by Bishops but their entire Church, and the societies in which they live. For them, to question this teaching is unthinkable, and in many countries would make the church a victim of derision, contempt and even attack. For many churches to change traditional teaching challenges their very existence.

“For a minority, we can say almost the same. They have not arrived lightly at their ideas that traditional teaching needs to change. They are not careless about scripture. They do not reject Christ. But they have come to a different view on sexuality after long prayer, deep study and reflection on understandings of human nature. For them, to not question this different teaching is unthinkable, and in many countries is making the church a victim of derision, contempt and even attack. For these churches not to change traditional teaching challenges their very existence.

“So let us not treat each other lightly or carelessly. We are deeply divided. That will not end soon. We are called by Christ himself both to truth and unity.”

What the Archbishop of Canterbury urged is what we have also heard here in our Diocese. The differences we hold should not prevent us from sharing table fellowship. 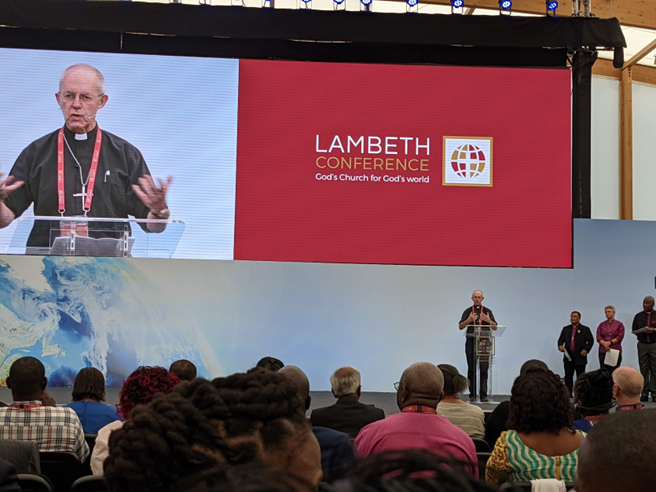 “What the Archbishop of Canterbury urged is what we have also heard here in our Diocese. The differences we hold should not prevent us from sharing table fellowship” (Bishop John Roundhill, 2022)

The Archbishop of Canterbury spoke to the conference daily prior to the morning Bible studies and in the afternoon sessions on what were called the “Calls”. On the day when we were to debate the Call on Human Dignity, he took extra time to speak to all present. I was sitting at a back table, and it was during this speech that he articulated a number of things mentioned above. There had been plenty of tension in the lead up to this particular Call, but upon finishing one bishop stood up in applause before taking her seat again, as the clapping continued. Then a small group of bishops stood up. They were subsequently joined by everyone in a standing ovation for the Archbishop of Canterbury. It was a truly remarkable moment. 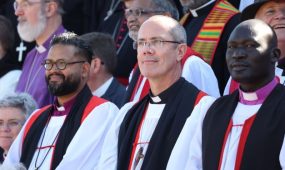 The conference then moved on to other major issues, including unity, the environment, inter-faith matters, discipleship and science, with any prior angst replaced by hope.

With hundreds of bishops gathered, some division was somewhat inevitable. So a prayer that was used when we talked about Christian unity was explicit about the pain and suffering Church division can cause:

“Lord Jesus, who prayed that we might all be one,
we pray to you for the unity of Christians,
according to your will,
according to your means.
May your Spirit enable us
to experience the suffering caused by division,
to see our sin
and to hope beyond all hope. Amen.”

(Written by the Chemin Neuf Community)

During the conference, I overheard an English bishop who was saddened by the division in the Church. He made the point, “So what, you divide today, but what do you do tomorrow? You pray for reconciliation, for that is what Christ calls us to do.” 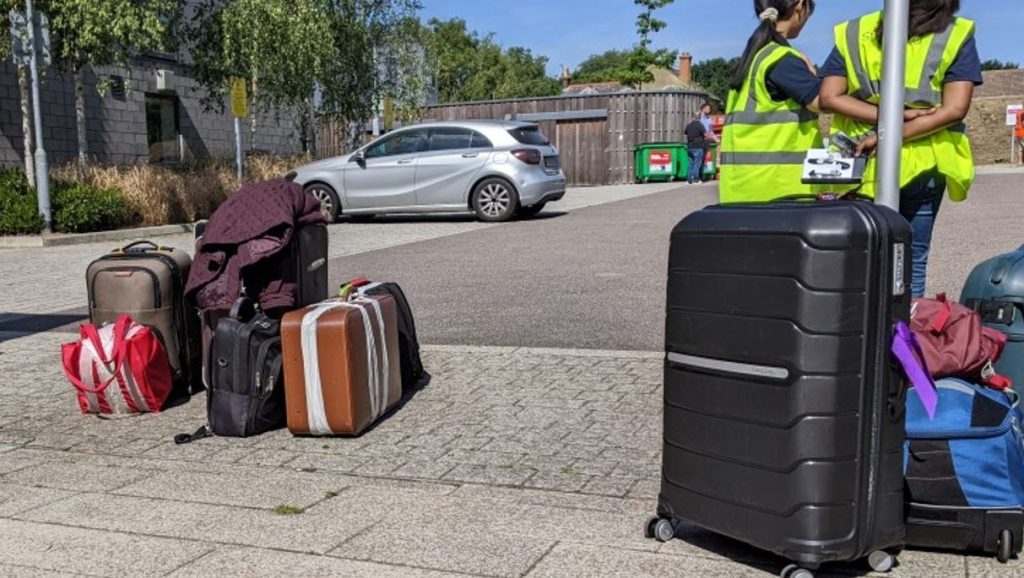 “Drought is not just a matter of brown grass, but of hungry stomachs” (Bishop John Roundhill, 2022)

The Anglican Communion is broader than we might realise. Generally speaking, people from Western countries were fairly informally dressed, while most of the bishops from Asian and Africans countries were splendidly arrayed in purple shirts and smart suits. However, I observed something of note on the last day of the conference. Above is a photo of my luggage on the right and the luggage of an African bishop on the left. I think the Lambeth team provided the tape to hold his luggage and other bags together. Drought is not just a matter of brown grass, but of hungry stomachs.

I was struck by the sheer ease with which the Church of England engaged in worship variety. Canterbury Cathedral was rocked by a 10-person worship team who sang everything from Hillsong songs to traditional English hymns to hymns from around the Communion in many languages. At the Cathedral, the worship team was complemented by the organ and choir. 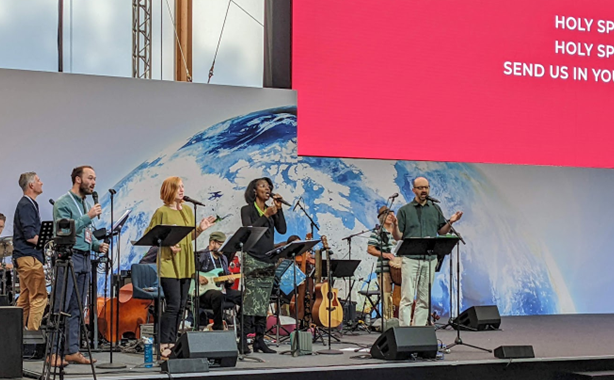 “I was struck by the sheer ease with which the Church of England engaged in worship variety. Canterbury Cathedral was rocked by a 10-person worship team who sang everything from Hillsong songs to traditional English hymns to hymns from around the Communion in many languages” (Bishop John Roundhill, 2022)

The final Eucharist service was co-presided by the Primate of Canada and the Primate of South Africa. This is something that I think Anglicanism could not have imagined a generation ago. As the service ended, we were asked by the Archbishop of Canterbury to change the order of the recessional, with the Archbishop leading us all out. You can enjoy the joyful music and dancing on YouTube.