People across our Diocese recognised in the Australia Day Awards

The Anglican Church Southern Queensland congratulates the following local Anglicans who were recognised with a Medal of the Order of Australia at the 2019 Australia Day Awards:

If you know of other Anglicans living in the Anglican Church Southern Queensland who received recognition at the recent Australia Day Awards, please contact anglican focus.

Ray Steward OAM was recently awarded an OAM for service to the community. He was born in Sydney in 1931 “into a strong Church of England family and remains an active member of the Church”. He joined the Boy Scouts as a young child and attended Hurlstone Agricultural High School before joining the Sydney Botanic Gardens for 11 years, during which time he studied horticulture and management and moved up through the ranks. He married Ruth during these years, with he, Ruth and their three sons moving around Australia as Ray took up senior roles in botanic gardens and councils. Ray has been an active member of Stafford Parish for a number of years and has been a long-term Scout Association leader, enjoying camping and walking for many years with the Scouts and the Church Bushwalkers. In 1993, after retiring from work, he joined the Volunteer Guides at the Brisbane Botanic Gardens and still enjoys guiding after 25 years.

How long have you been involved in the Anglican Church?

All my life. I have a memory of attending a Baptist Sunday School for about a year before moving to another suburb in Sydney and attending another Baptist Church before my mother found St Cuthbert’s Church of England, where the family attended until I left home at 23 years of age.

What is the name of your current role at Stafford Parish and what does your role involve?

My volunteer role does not have an official name. I have been involved in the ground maintenance for many years and now maintain the few rose plants at the front.

A major replanting of a section of the grounds with native plants some years ago.

Continue with what I now do – guiding – and maybe other tasks that are in the province of an aging gentleman!

You were recently awarded an OAM on Australia Day for service to the community, where were you and how did you feel when you were notified that you were to receive this honour?

I was at home with my wife, Ruth, and I was somewhat shocked, and left wondering why I got such an award. 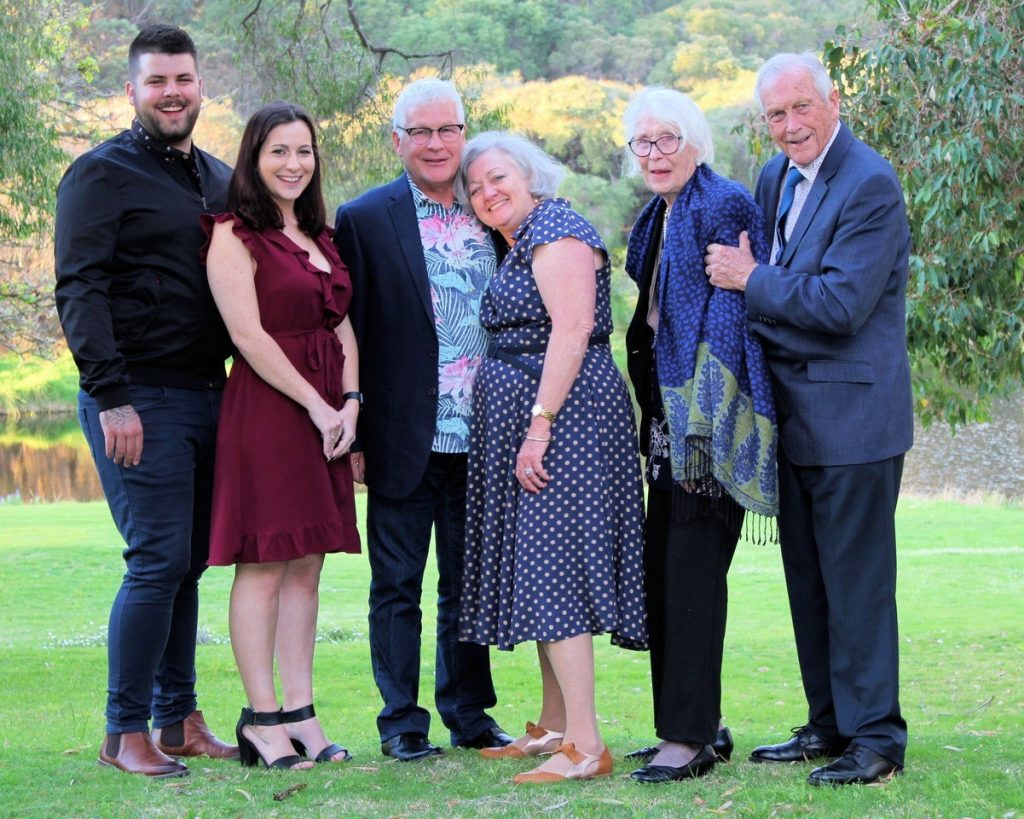 Ray and Ruth (far right) and family after the wedding of their son at Margaret River, WA late last year

Why is it important for us as Christians to serve the broader community?

I believe the community works best when there is friendship and tolerance and church people should be leaders in this field.

Can you tell us a little about your faith journey?

My wife and I have enjoyed an active pursuit of a Christian life through the Anglican Church, along with many very familiar families from the local community. Service in the Scout movement has given me the opportunity to practise Christian ideals in a secular setting.

I have never considered any scripture as a favourite.

Tom Roberts, who was chief Commissioner of the Scout Association in Queensland, as he was a man of great integrity, humble and sincere and a great example to all the leaders and boys of the Scout movement and a strong supporter of the community generally.

Using my time as a Volunteer Guide at the Brisbane Botanic Gardens with like-minded people is a way for me to relax. I also enjoy hours of botanical art, which is also a great absorbing passion. 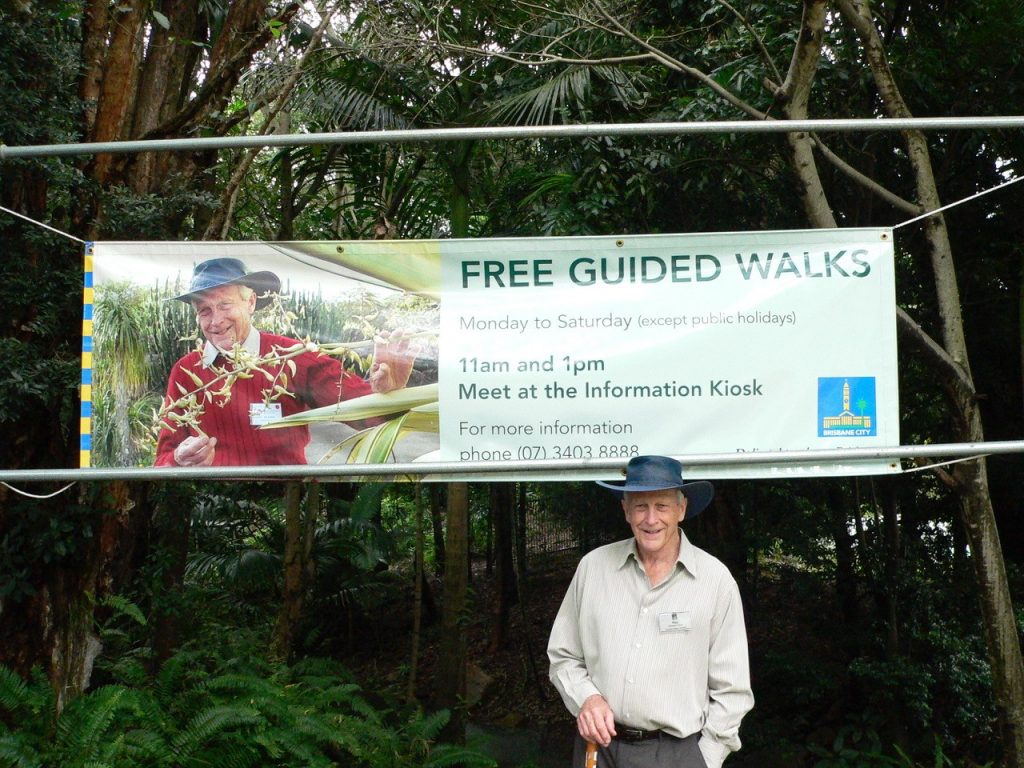 Ray Steward outside the Brisbane Botanic Gardens, where he volunteers as a guide

A knife, a pencil and a piece of paper.