International Women’s Day celebrates women’s achievements and raises awareness about gender bias, asking us to take action for a gender-balanced world. Diverse women from across our Diocese tell us about their experiences of womanhood and their many achievements, and share their thoughts on gender equality.

International Women’s Day (IWD) is a day that we can all reflect on how far society has come to recognising and improving gender equality. I strongly believe that we should recognise the importance of gender equality, so this day is very special to me, especially as a young South Sudanese woman.

Australia’s official IWD theme ‘more powerful together’ is one that I strongly relate to. My father was killed in 1998 when I was three years old, leaving my mother to raise ten children on her own. The Mother’s Union and other ladies in the Kakuma Refugee Camp helped her before we sought refuge and migrated to Australia in 2004 as refugees. Women generally stick together in refugee camps to survive, as most of them are widowed. Furthermore, young girls were not sent to school, as they had to stay home to be taught how to cook and clean.

I am very fortunate to have moved to Australia, as I would’ve been forced to stay home and learn ‘wife’ duties after being married at a very young age. Moving to Australia has given me so many opportunities, as I’ve already achieved some of my dreams and I am still striving. I have successfully completed my Bachelor in Criminology and Criminal Justice, which I wouldn’t have achieved if I was still in the refugee camp. On my graduation day, my older brother called me ‘First Lady’. And, when I asked him what he meant, he said that I was the first to have a tertiary qualification in any generation of my family. And, for that I was so grateful.

International Women’s Day, especially in countries like South Sudan, helps us to understand the important of gender equality and especially how critical it is to educate girls and young women. I strongly believe that there have been positive changes in society due to big movements, such as International Women’s Day, and although we still have a fair way to go, women have better chances now than in previous centuries. I believe the development of this very important day has helped women all over the world and will continue to help raise awareness of the importance of gender equality. 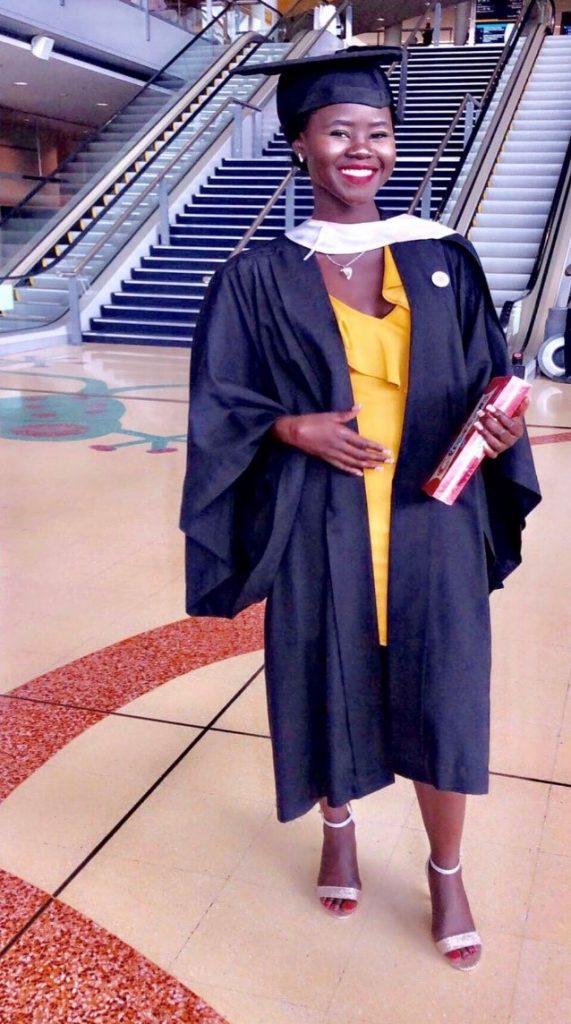 Until we are valued equally, our society will not reflect the body of Christ – Sherril Molloy

At the beginning of my wo­­rking life it was a completely different landscape. Women were openly discriminated against because they had children, were pregnant or even married. They did not have the same opportunities in the public service, the education sector or the commercial world and they were by and large absent from corporate boardrooms. The only woman in the board meeting was usually the minute taker and was referred to as ‘the girl’ despite education or age.

Without the internet to learn about the experience of women in other cultures, your research had to be intentional and critical. When I was asked to write this reflection it gave me time to pause and consider if we had advanced gender equality.

One could argue yes because we now support young mothers, and women are not dismissed because they have married. However, there is a huge BUT that sits after those thoughts. We know that in our developed country, women are not always safe, sometimes not even in their own homes; in middle age they are often plunged into poverty or homelessness; and, there is still argument about ‘quotas’ because we fail to reach targets, with the reasoning of ‘merit’ trotted out implying that women are somehow less capable or have less value than men.

With ready access to information and news, we know that women all over the world are suffering because of gender-based inequality and atrocities, including regarding access to adequate health care, education, food or even clean water to name but a few.

Are women valued any more now? I think not overall. I always recall the words of Paul in 1 Corinthians 12: 12 that the body has many parts, but all its many parts form one body. Until we are valued equally for our different skills and thoughts we will not have a healthy society that reflects the body of Christ. 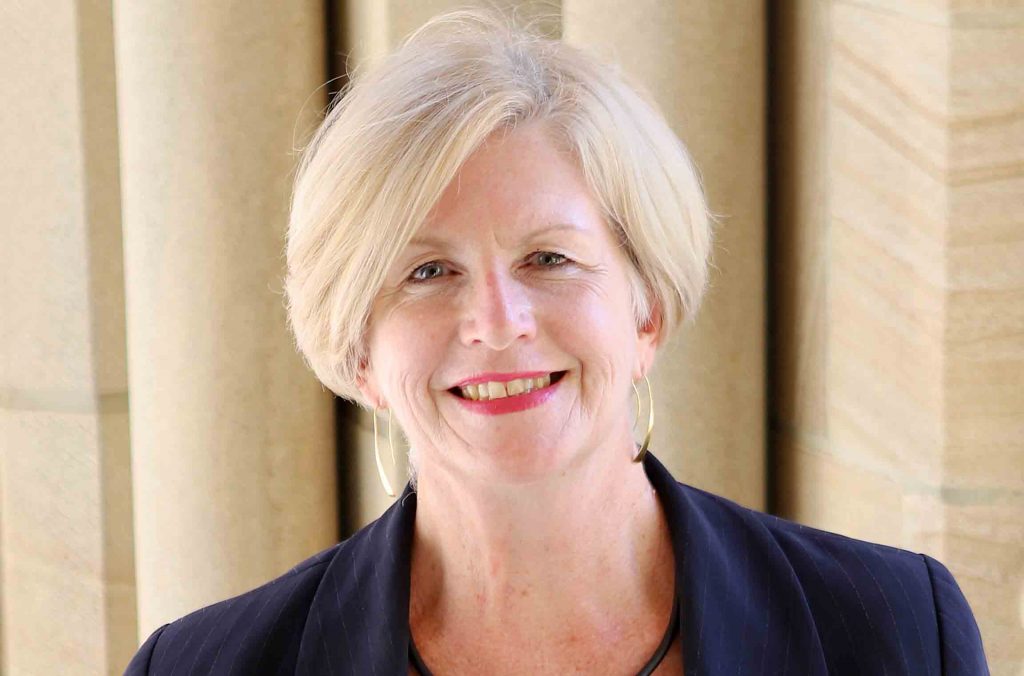 Being a female priest is continually a work in progress. It’s a very intense job day in and day out facing the following three challenges in my role of who I am as a female priest.

Firstly, my identity as a spiritual person: The first thing I learnt as a female priest is that I need to set time aside to seek God’s wisdom by figuring out a lifestyle that balances work and life. Setting time aside for rest, allowing time for family (my two boys), for reading God’s word, and for prayers/devotions, is important. I need to make sure that I take care of myself both physically and spiritually so I can then nurture others. In order to take care of others, I need to take care of myself, for example by teaching others to discover the word of God by themselves and thus not always depending on me as a priest.

Secondly, my identity in the community: I learnt that to be in a community, I always need to ‘check in’ and balance my roles. As a priest I need to know who I am. My role in the community is spiritual and pastoral. I also need to fulfil my roles as a mother, sister, auntie and grandmother. I set clear boundaries so I can carefully balance my many roles.

Thirdly, my identity as a female priest: There are a lot of challenges, especially being an Australian Sudanese African. I face a lot of questions daily, not only from people of African background, but also of broader Australian background. So, I will just highlight one of these challenges. As a female priest, I find that many people ask me what I would like to be called. Normally, I try to keep this open and answer their question with ‘What would you like to call me?’ Whether, ‘Mother’, ‘mum’, ‘The Rev’d’ – it is up to others what they decide to call me. I always give people the choice. It was very interesting when two people preferred to call me ‘Father’. I am not sure whether this reflects the fact that some people still think being a priest is for males or whether there is confusion about what women priests should be called.

I believe being ordained as a priest is an honour. I think our Diocese does well to ordain so many women priests, but more work still needs to be done to inspire and support future women priests. 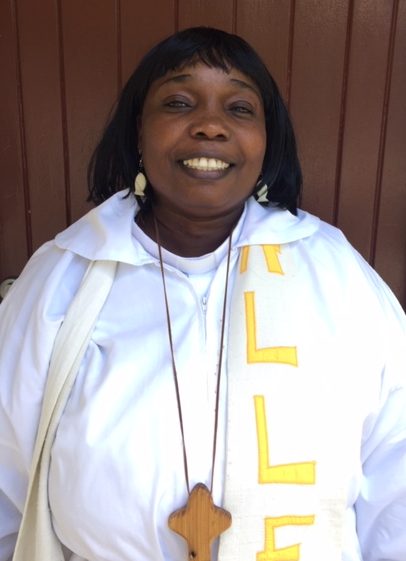 The Rev’d Rebecca King on the day of her commissioning at Christ Church Parish, Yeronga in January 2019

Although women have come a long way in breaking through traditional barriers, there is definitely still further to go – Dr Gemma Dashwood OAM

When I was four, Mum took me to buy a doctor’s kit. At the checkout the salesperson asked me “Oh are you going to be a nurse?” “No!” I replied emphatically – “I’m going to be a doctor!” Ironically, 40 years later I still get people assuming that since I work in a hospital I must be a nurse. Although women have come a long way in establishing their ability to break through traditional barriers, there is definitely still further to go.

Even long before the doctor’s kit episode, I was brought up with the assertion that, with commitment and effort, I could do or be anything I wanted. Which was just as well – because after contracting septic arthritis as a newborn, I had a good 20 years of wheelchairs, crutches and walking sticks before definitive surgery allowed me to walk freely (and the limp adds character!). They say what doesn’t kill you makes you stronger, and I definitely believe that, although I’ve found that being a strong, determined woman isn’t always easily accepted even today. There are constant subtle reminders in my daily life that the medical workforce is still a firmly male dominated sphere.

Similarly, in my personal life, I often get sympathetic looks when I tell people that I’m single and have no children. I have to explain that I happily chose to sacrifice marriage and family for my career.

Faith has always been part of my life, and I have recently started to respond to my call to the priesthood. I think there is a real place in the world for both physical and spiritual healing and with hospital experience, both as a patient and as a doctor, and a long and deep relationship with God, I’m hoping that I might be able to help people find their road to recovery.

I firmly believe that Jesus calls us each to be something special and so for this International Women’s Day, I’d like to think that any woman wanting to fulfil her purpose in the world should be encouraged to do so. Who knows what the next girl who buys a doctor’s kit might be able to achieve with the right encouragement! 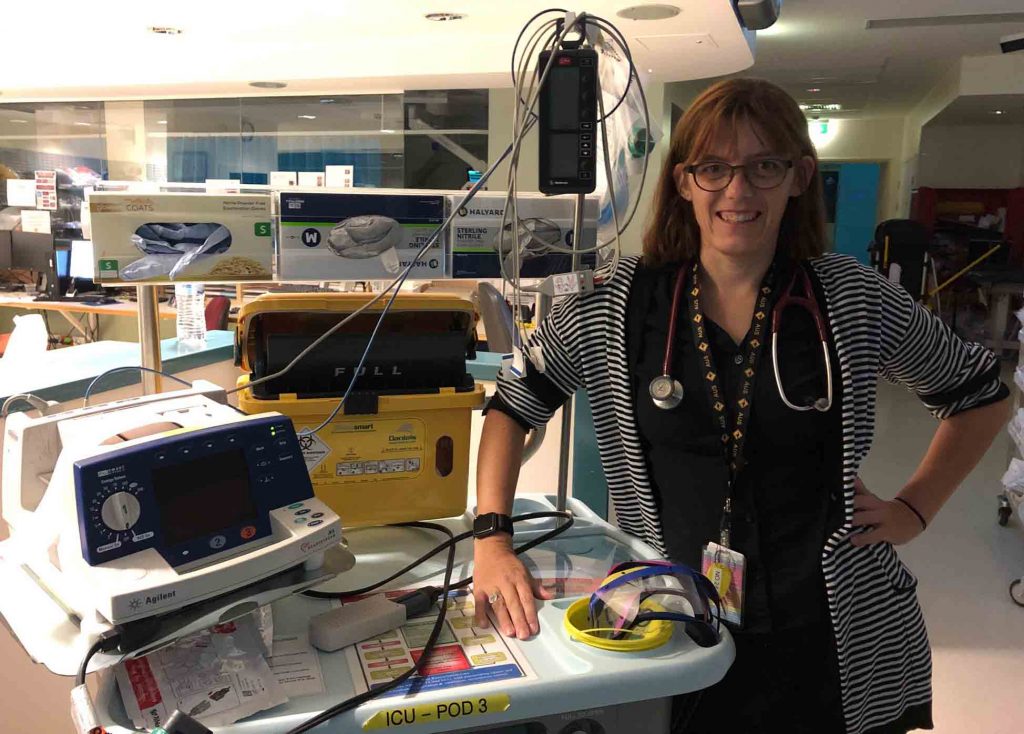