Each Christmas Anglican parishes in the Maranoa Warrego assist Prison Fellowship Australia with their ‘Angel Tree’ ministry, buying and giving presents to the local children of women and men in prison. While I was distributing gifts in December, I knocked on the door of a house in Mitchell, about six hours’ drive west of Brisbane, and a lady, Shirley, emerged holding a joey wearing a disposable nappy. The joey looked at me and then nuzzled into Mum’s neck, all shy. The woman then gently put the joey on the floor and told it to go and join the others, and it obligingly hopped away down her hallway.  “Yes?” she said, as she turned around without missing a beat.

There are some conversations that can only happen in Western Queensland.

One of the things I love most about my ministry in the Maranoa-Warrego Anglican Mission Area is the delightfully eccentric people I get to meet. I hope to introduce you to many more of these wonderful folk in future ‘Baru Beat’ reflections. I have named my new anglican focus column ‘The Baru Beat’ because baru is the Gunggari word for ‘river’ and ‘waterhole’, and the Gunggari are the First Nations people in the area in which I minister.

The Maranao and Warrego are both rivers running roughly north to south. The Maranoa through Mitchell, and the Warrego through Augathella, Charleville, Wyandra, and Cunnamulla. Further west, at the start of the Channel Country, we have the Paroo River at Eulo, and the Bulloo River at Thargomindah. 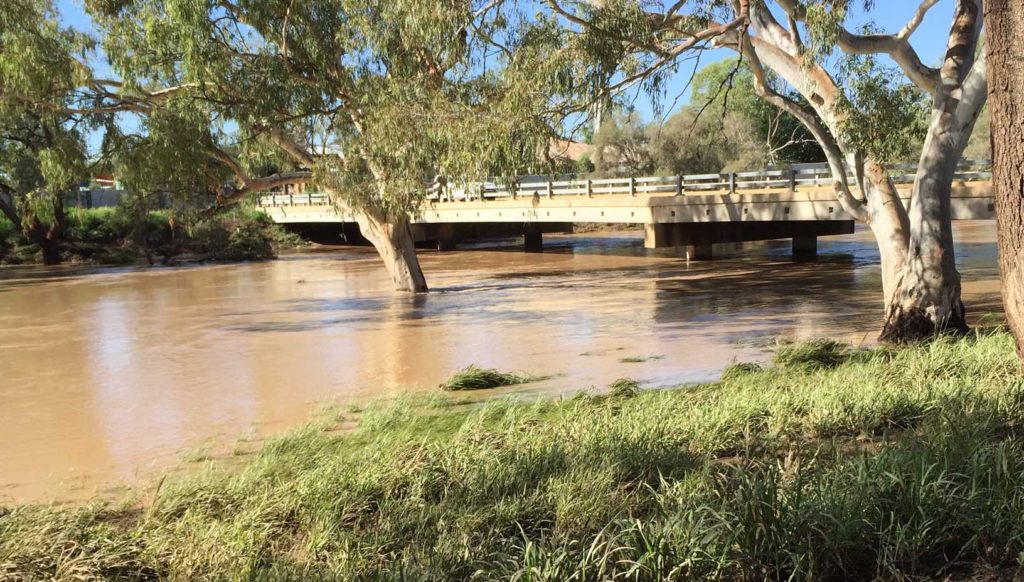 “Further west, at the start of the Channel Country, we have the Paroo River at Eulo (pictured), and the Bulloo River at Thargomindah”

Even in the midst of drought, these rivers are a source of life for the magnificent birds in the west, including pelicans, parrots, magpies, pigeons, water birds and waders, majestic wheeling eagles, kookaburras and brolgas. There is a dark brown bird called the ‘apostlebird’ because it hangs around in flocks of twelve (count them!), all camouflaged perfectly. On the other hand, the parakeet, in vivid blue, yellow, green and red, screeches upside-down, “look at me, look at me!” Parakeets make me laugh out loud and truly bring to mind the diversity of life itself. 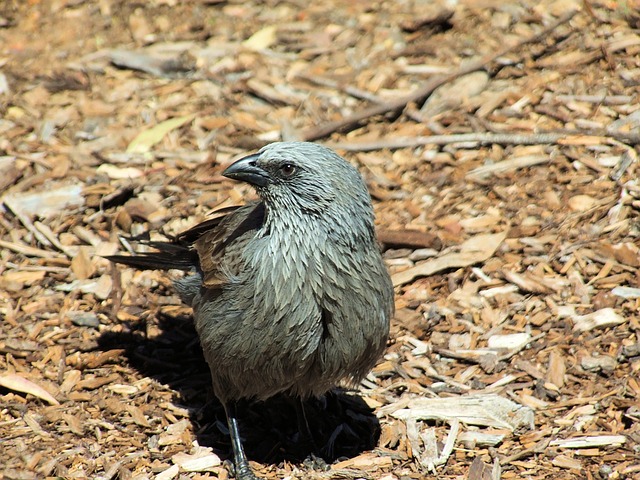 The glory of God is easier to see in the west I sometimes think. 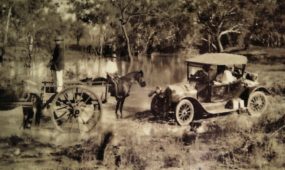 From Bush Brothers to Mission Area in 130 Years

Rural and remote ministry is similar in many ways to regional and urban ministry. We all find beauty and love in the most unexpected places. We also find despair, loneliness, sickness and neglect in unexpected places. What I think is different is the variety of ministry activities we are privileged to be part of.

All the things that happen in other parishes happen here, but in a different way. With the exception of Charleville, there are so few clergy, of any denomination, out here that clergy do a bit of everything. This is what the clergy who have served in rural and remote places tend to miss when they leave and move to large towns or cities.

Through reading Banjo Patterson’s poetry, I had heard of a ‘Bush Christening’, but not a bush burial. Earlier on in my ministry, in mid-2019, a grazier died and his funeral was held in Charleville, with the interment to be held the following day on the family property about 130 kms out from Charleville, off the Wyandra road. Next morning, predawn, four vehicles followed the funeral director’s van to the property and ended up in a beautiful Mulga glade. It was a crisp early winter morning, the sun still low on the horizon. 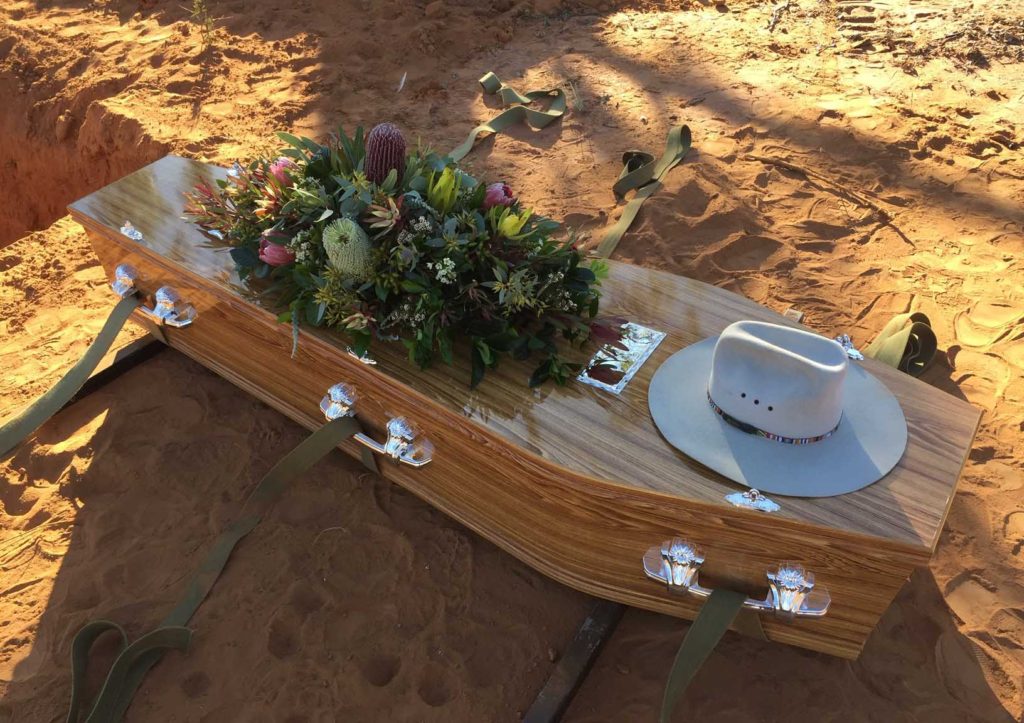 “Through reading Banjo Patterson’s poetry, I had heard of a ‘Bush Christening’, but not a bush burial”

A family friend had used his backhoe, a type of excavator, to dig a very wide and very deep grave, dictated by the size of the backhoe’s enormous blade. It created a huge hill of heavy caramel-coloured clay. The backhoe operator suddenly called for help, as he wasn’t available to return to push the earth back over the grave. Fortunately, he had left a shovel. After the moving Committal, picking up the shovel, the son said, “Dad’s lovin’ this. Nothing he liked better than havin’ a beer and watching another bloke work.” 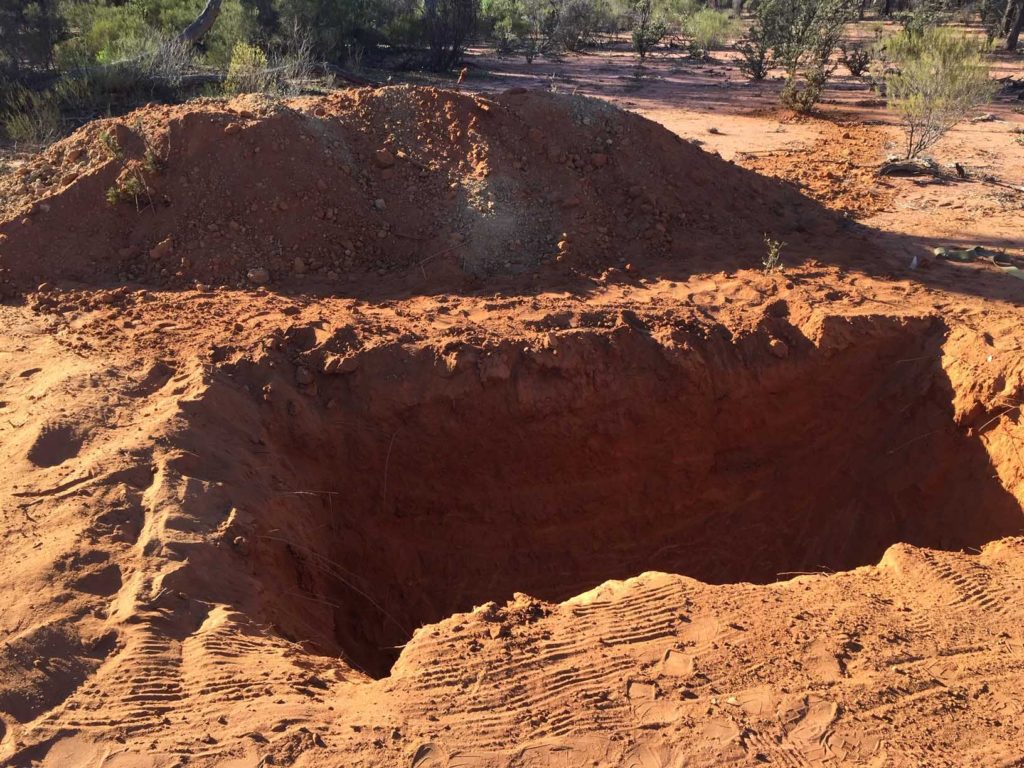 “A family friend had used his backhoe, a type of excavator, to dig a very wide and very deep grave, dictated by the size of the backhoe’s enormous blade. It created a huge hill of heavy caramel-coloured clay”

Some things can only happen in Western Queensland.

The entire Anglican ministry west of Roma is made possible by the Bush Ministry Fund, or ‘BMF’ as it is commonly known. The fund supplies the car and the fuel to run it (around 70,000 kms p.a.). The BMF also funds around half the clergy stipend. The Anglican ministry is highly valued and effective I believe, and the Church is respected in ways that are not as apparent in the city. The BMF also funds the Leichhardt-Chinchilla Anglican Mission Area based in Chinchilla, around 280 kms east of our most eastern point.

While similar funds are promoted by other Anglican Dioceses, the BMF is unique in that funds go solely to support rural and remote ministry in our Diocese, with at least 98 percent of money donated directly funding bush ministry.

Please consider the Bush Ministry Fund as part of your parish’s mission programmes. It is a truly vital piece of this wonderful jigsaw we call the ‘Anglican Church Southern Queensland’.