Adani, which recently rebranded as ‘Bravus Mining and Resources’, has been trying for 10 years to get its controversial Carmichael coal mine project started in the Galilee Basin, an unspoiled region in Central Queensland. The multi-national Indian corporation has faced considerable opposition from ordinary Australians, across all walks of life, who are especially concerned about the damage the coal mine will do to the climate and to our Great Barrier Reef.

These ordinary Australians include many people of faith. The Judeo-Christian tradition proclaims that all belongs to God, “The earth is the Lord’s, and all that is in it, the world, and those who live in it” (Psalm 24.1). People of faith proclaim that we are stewards of God’s creation. And, as Anglicans, we “strive to safeguard the integrity of creation and sustain and renew the life of the earth.”

Many Aussie parents and young people oppose the mine because a safe future depends on investing in clean energy and keeping polluting fuels, like coal, in the ground. Our iconic Great Barrier Reef, which already suffers from pesticide runoff, land clearing and coral bleaching, is also under threat from the giant mine. Dredging for the ports, as well as coal dust and fragments, will be toxic to our World Heritage corals, which are critical to the health of our ocean and to the tourism sector, which local people in our great state’s north depend upon.

Consequently, many contractors have ruled out working on this project. Our major banks will not fund it and insurers refuse to support it, simply because the financial risk is too high. Even the market has decided that we need to upgrade to clean and sustainable energy.

So why is the State Bank of India considering funding this mine? Some, including Adani, have said that this project will give people who are living in poverty in India access to electricity and a better quality of life. This argument sounds noble enough until you take the time to listen to people’s stories and look at what is really happening in India.

Over the years, Adani has tried to convince us that digging up coal from our Galilee Basin to ship to India would help lift millions of people out of poverty and that we should therefore not oppose the project. Nothing could be further from the truth, as Liberal Party member Dhanya Mani, herself a child of Indian migrants to Australia, wrote in The Sydney Morning Herald:

“Mumbai – the only place Adani is an electricity provider in India – experienced a 50 per cent increase in its electricity bills after Adani took over.”

“The poor are also the collateral of Adani’s ongoing expansion. Sixteen residents of four villages recently filed a motion in the Jharkhand High Court to set aside the government’s acquisition of their land (for an Adani project) as fraudulent and illegal. They argue the legally-required consent of 80 per cent of villagers was not obtained. Then there’s evidence of Adani’s shell companies linked to tax havens, proving later charitable giving seems unlikely.”

St Andrew’s Anglican Church, South Brisbane member Cathy Delaney spent most of the past 25 years living in informal urban settlements with her husband Mark in India. Cathy shares her thoughts on what she has observed and experienced. 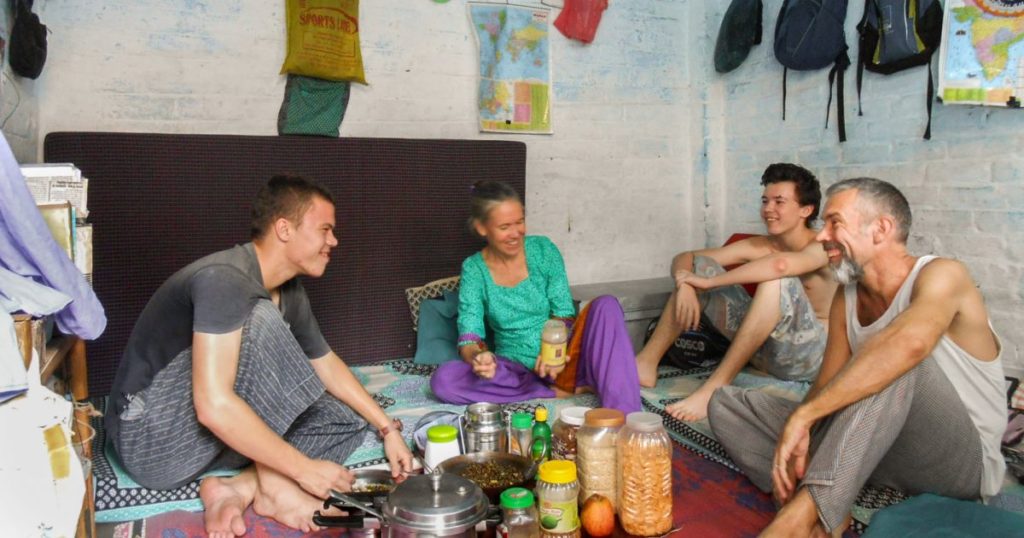 Cathy Delaney from St Andrew’s, South Brisbane spent most of the past 25 years living in India with her sons, Tom and Oscar, and husband Mark

Much has changed in India over the last few decades as, overall, extreme poverty has been decreasing. However, many people in India are still unable to afford a safe supply of electricity.

If Adani has any genuine desire to assist people in poverty with their electricity problems, more coal-fired power stations do not seem to be the answer. The vast majority of Indian villages and urban slums now have an electricity supply. However, my family and I have often observed many households without adequate income or cash reserves to pay the upfront and ongoing charges of getting a legal and safe electricity connection. The 2017 report, ‘Living in the Dark: 240 Million Indians Have No Electricity’, found that over 99 per cent of villages were “electrified”, but many households were not connected to the supply. Addressing the fundamental issues of fair wages, education, employment and power subsidies for low-income families would be more effective ways of lifting people out of poverty.

It does not make sense that the government-owned State Bank of India is considering propping up the Adani coal mine with one billion Australian dollars, especially given that the resulting damage to the climate will impact people living in poverty the most. This is because those living in poverty in India, such as farmers, are unable to adjust to the effects of the increasingly erratic climate, including the impact on crops, with even multi-generational farmers now unable to predict monsoon rains. 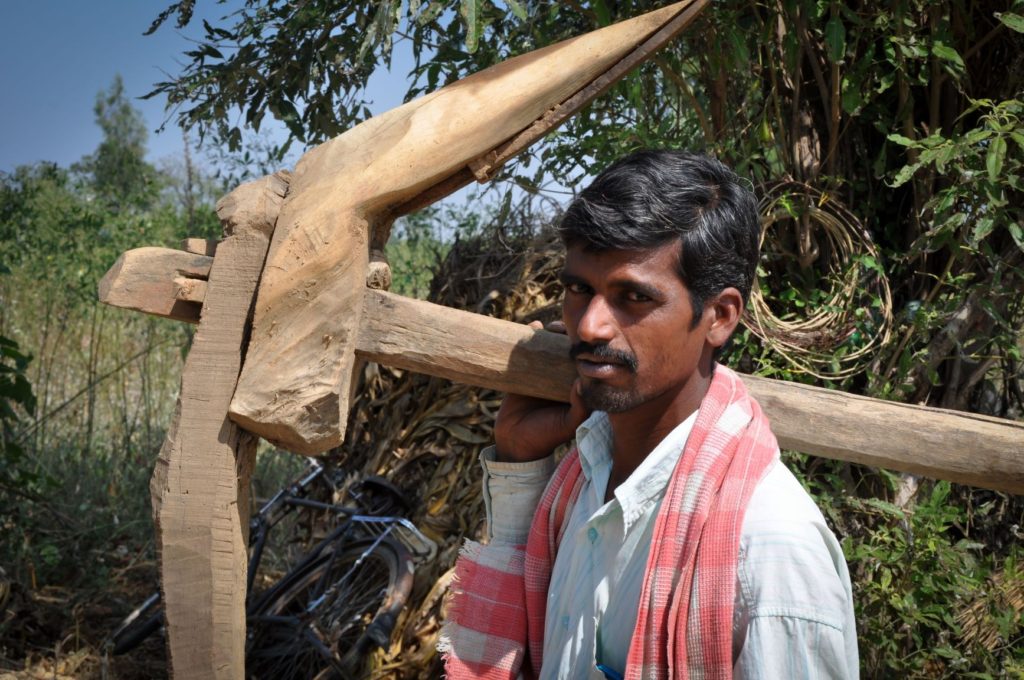 Farmers in India are unable to adjust to the effects of the increasingly erratic climate, including the impact on crops with even multi-generational farmers now unable to predict monsoon rains (Image: Canva)

India needs to shift to clean and affordable energy and sustainable technologies and practices. For example, it has been wonderful to see the increasing uptake of solar panels in India. We saw this when travelling by road from Lucknow to the Nepal border, where many shops in the small towns had a single solar panel out front powering their businesses.

There are three things you, your family and your faith community can do to help care for Creation: