Although the Bible is one continuous story, it is not so much a book as a small library of 66 books (39 in the Old Testament and 27 in the New Testament). It was written over a period of approximately 1,500 years, by at least 40 different authors and it contains many different genres of literature, including history, ancient biography, love poetry, law, wise sayings, songs, letters, lists (lots of them), genealogies, parables and apocalyptic literature (which to our modern Western way of thinking can seem quite weird and difficult to interpret). It is also worth knowing that many of the Bible’s books contain multiple genres.

Problems of interpretation often occur when the Bible is read one dimensionally – in other words, when it is all taken to be more or less the same genre. Confusion will always arise if we misunderstand the genre of a text that we are reading. For example, if I were to read a cookbook or a bus timetable under the misapprehension that I was reading a novel, it would not be long before I exclaimed, “This novel is rubbish, it doesn’t make any sense!” Reading the Bible is a much richer experience when we understand the different genres and what they are meant to convey.

The Bible is unique and stands out from all the world’s literature, in that it was written over such a long period, by so many different people. Its authors include prophets, kings, scholars, fishermen, poor people and at least one doctor. It is often assumed that other well-known religious texts were compiled in a similar way, however, this is not the case. The Qur’an, for example, was essentially written by one man, over the course of one lifetime. There is no other work of literature like the Bible.

Not surprisingly, the Bible is an extremely popular book, in fact, it is the world’s bestselling book, currently selling more than 100 million copies each year. Given that it is also the most influential book of all time, it is surely a “must read” for anyone who wishes to acquire a comprehensive education.

“All Scripture is God-breathed and is useful for teaching, rebuking, correcting and training in righteousness, so that the servant of God may be thoroughly equipped for every good work.”

The Bible was written by human hands, however, its authors were inspired by the Holy Spirit (God-breathed). That is not to say that the words were dictated or “downloaded” into their minds; rather, God has worked in, through and with human beings to reveal the spiritual realities of this world. It would be wrong to say that God “wrote” the Bible, but given that “all scripture is God-breathed”, we can be confident that it contains that which God wants us to know. 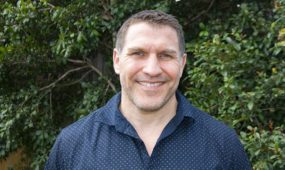 The Old Testament was originally written in Hebrew and the New Testament in Greek. We must bear in mind that our English versions are a translation.

Whilst translations can be highly accurate, no translation can be exact because different languages have different structures, vocabulary, verb conjugations and so on. If you were to read the same passage in a number of English translations, you would observe a great deal of synergy. That is to say, they would all have essentially the same meaning, but with obvious nuances.

Studying the Bible in its original languages of Hebrew and Greek is of course the most accurate method, however, most people do not have the language skills to do so. The next best thing is to find a well-recognised translation that you find easy to follow and perhaps also refer to some other translations as and when you seek further insight.

Finally and most importantly, God speaks to every generation through the Bible – approach it prayerfully, with the expectation that the Holy Spirit will reveal God’s heart to you as you read and study it.