I grew up in rural News South Wales near Goulburn in the late 1970s to 1990s. My family taught me to be proud of my First Fleet and “pioneer” backgrounds. My ancestors were the first non-Indigenous family to own land in the area. My father saw himself as a steward rather than a landowner – but a steward for future generations, not for Gundungurra people’s Country. He was a man of his time. However as a child I always felt a longing to know more about First Nations peoples and wished I had a connection with them.

My father shared with me a lot of oral history about the Gundungurra people on the property. For example, he told me where a bora ring used to be located in the paddock behind our house – it was a ceremonial meeting place. The creek running beside it was significant, also. He told me the name of the last Aboriginal man on the property that my ancestors used to give food to.

My father’s cousin, Sr Camille Poidevin, was a Catholic nursing nun. For many decades she cared for Aboriginal people in the Derby Leprosarium, also known as Bungarun in the Kimberley region of Western Australia. The leprosarium opened in 1936 and cared for Aboriginal people suffering from leprosy across Western Australia and the Northern Territory until it was closed in 1986. Camille had a profound impact on my faith formation – not in the sense of an instutionalised faith. Rather her example caring for First Nations peoples who had leprosy showed me what faith in action looks like.

I visited her and the other nuns in Derby in 1996. She told me about the lack of understanding that many non-Indigenous people have for the First Nations way of life and why certain measures implemented to assist these communities would fail. She was never pushy with anything – she just showed me things. She took me to the grave sites of people who had died of leprosy and to cultural sites in the Kimberley. I yarned with Traditional Owners. And, we visited those in prison.

Camille believed that First Nations peoples should be encouraged in their traditional spirituality – in their connection to Country. She wasn’t interested in imposing her religion onto anyone – yet through her actions and attitudes towards all people I saw what living the Gospel looked like. She was highly respected in her community by the Traditional Owners and was awarded an Order of Australia Medal, which she only accepted on behalf of the community of Sisters.

Fast forward to now, and I am worshipping in our Diocese after being received in the Anglican Church four years ago. Because I am a member of the Cathedral community, which is known for its commitment to advocacy and justice, I became aware that my inaction in the environmental and First Nations justice spaces went against my faith. I realised that as a Christian I have a responsibility to do something and that pushing against oppressive systems that marginalised people is what Jesus did.

At the same time, I have met and connected with people who do not ascribe to any religion and are very committed to environmental and First Nations justice. I saw these people demonstrating the Gospel message better than myself. They have showed me what it means to follow Jesus.

As part of this awakening, I recently travelled to the North Galilee Basin where I was ceremonially welcomed by the Waddananggu community. Waddananggu means “the talking” in Wirdi language. I stayed with the community for a week along with 30 other supporters. During this time, we were shown spiritually significant sites, including Doongmabulla Springs, a one-of-a-kind ecosystem – a desert Country oasis. It is the resting place of their creator spirit, the Rainbow Serpent known as Mundunjudra. We were taught language and respectful interactions with the land and each other. We collected dead branches of gidgee wood to make clap sticks for ceremony. I learnt that gidgee is culturally significant and that gidgee trees grow so slowly that what looked like a large hardy bush was a 400-year-old tree. We were also shown scar trees, which marked burial grounds. 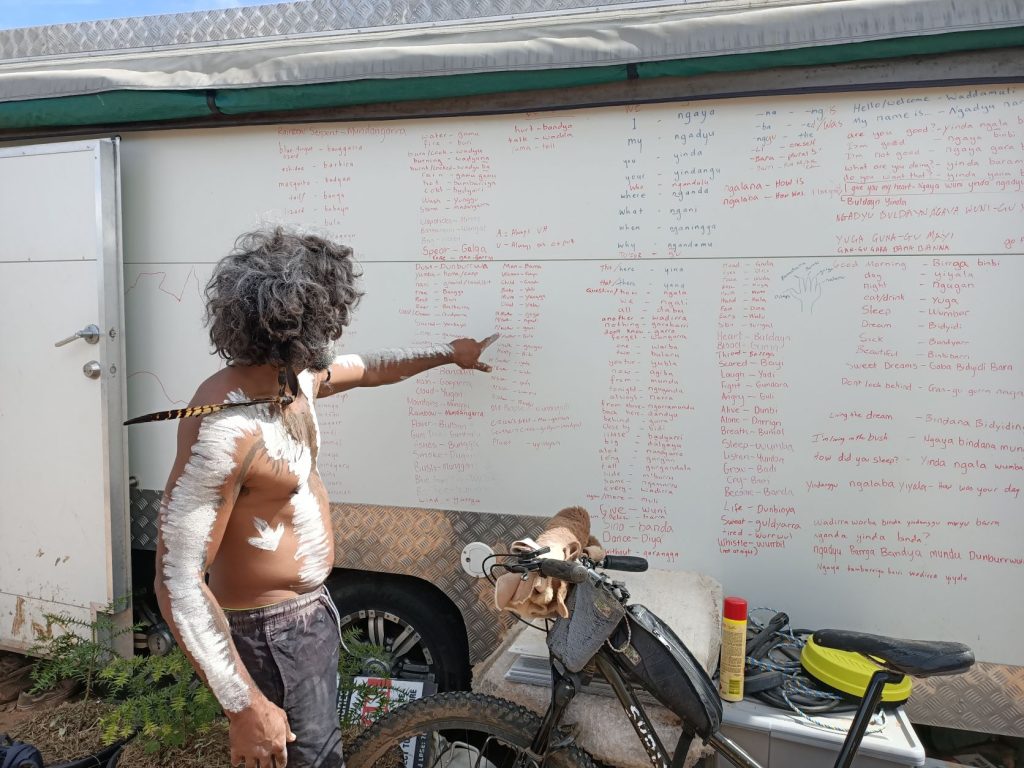 During her May 2022 pilgrimage to the Waddananggu community, Cathedral parishioner Angie Mooney was taught language by Traditional Owners

The Waddananggu community is located on the Adani Carmichael mining site. The Wangan people and the Jagalingou people have been keeping vigil there since August last year. They maintain a constant presence on Country to care for and protect their land. They are concerned about the impact of the mine on Country, including on their cultural practices, gidgee trees and ground water (and associated impacts on the Doongmabulla Springs). 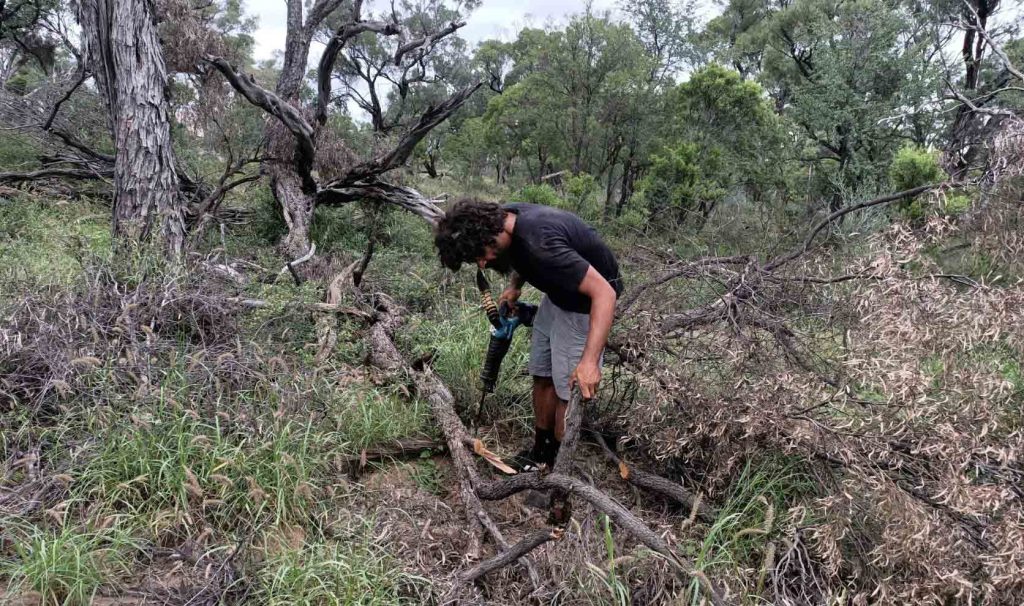 “We collected dead branches of gidgee wood to make clap sticks for ceremony. I learnt that gidgee is culturally significant and that gidgee trees grow so slowly that what looked like a large hardy bush was a 400-year-old tree” (Angie Mooney, May 2022 Waddananggu community pilgrimage)

I feel compelled after returning from my trip to engage more in justice and to educate myself further. For example, at the Cathedral’s recent open space visioning day, I put forward the need for the community to intentionally improve our cultural competency and address First Nations injustice more. I have also met up with a Yuggera Traditional Owner at Deebing Creek near Ipswich, and I am planning on visiting again soon to join them in a healing and talking circle.

I am very grateful to the Waddananggu community for welcoming me. It was such a privilege to be so welcomed to their Country and to learn about their culture and history. I felt empowered and humbled by their welcome. The Wangan and Jagalingou Traditional Owners make everyone an “us” – they are inclusive of all even though they have been “othered” since colonisation. I encourage everyone to support them.