Some years ago a dear friend gave me an old Russian icon that has hung on the wall in my study ever since. Recently I’ve tried to find out more about the Saint who has looked over my shoulder for the past several years as I’ve sat at my desk to work or read.

St Alexis, Metropolitan of Moscow and All Russia the Wonderworker, was born at the end of the 13th century in Moscow into a noble family. One story of St Alexis says, “The Lord revealed to the future saint his lofty destiny from early childhood. At twelve years of age Eleutherius went to a field and set nets to ensnare birds. He dozed off and suddenly he heard a voice: ‘Alexis! Why do you toil in vain? You are to be a catcher of people.’ From this day on the boy abandoned childish games and spent much time in solitude. He frequently visited church, and when he was fifteen he decided to become a monk.” 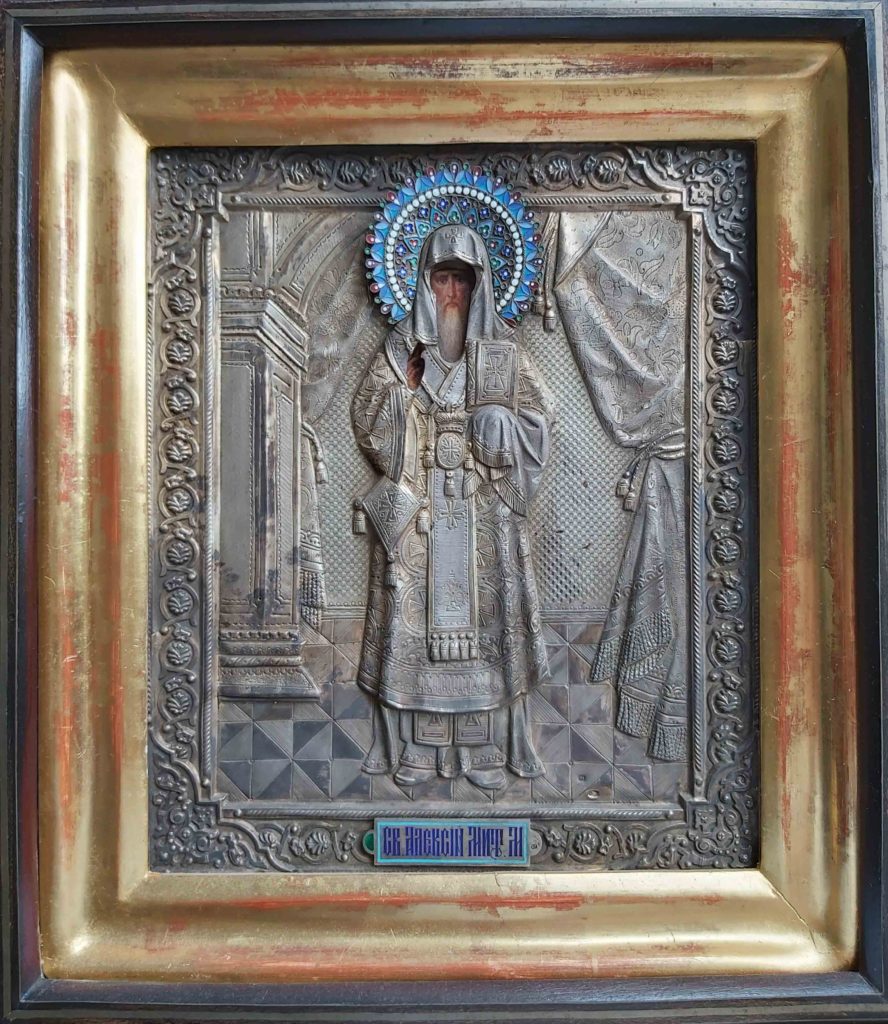 St Alexis, Metropolitan of Moscow and All Russia the Wonderworker, was born at the end of the 13th century in Moscow into a noble family

When I was 15 years of age, I decided that I wanted nothing more to do with the Church – I abandoned confirmation classes and refused to join my family on Sunday mornings, except under great duress. The Rector of that parish would sometimes refer to me from the pulpit as ‘that angry young man in the fifth row’. Some years later I was invited to preach at Fr David’s funeral and would credit him, in part, for fostering my vocation.

I have long been a little jealous of people like St Alexis, whose sense of call and vocation comes with such clarity – this has never been the case for me. The discernment of God’s call in my life has always been a little like feeling my way in the dark, watching and waiting for the next glimpse of light to draw me on. It has always been about trusting my heart, or even my gut, that this is who God has called me to be and this is what God has called me to do.

My call to be “a catcher of people” has more often than not come to me as a quiet whisper, half heard and recognised only in retrospect or a gentle leading by the Holy Spirit into a deeper understanding of what God might be asking of me.

The gift of St Alexis watching, even as I write this short reflection, is the reminder that God’s call comes to each of us in different ways. The only common thread is ultimately an openness to a call on our lives that will take us only God knows where and see us doing only God knows what.