When we read the Bible we find many stories about God calling people to be faithful and use their abilities to make a difference for good. I particularly like the call of God to Jeremiah to speak uncomfortable truths to the leaders of his nation (Jeremiah 1.4-10). When we read this story, we happily make the leap that God was not just speaking to a Jewish boy two thousand six hundred years ago, he was also speaking to us. God was not just saying to Jeremiah, “Before I formed you in the womb I knew you, and before you were born I consecrated you…” God is also saying this to us.

And, why would we not embrace this if we are feeling small and insignificant in the scheme of things; and, if we are feeling powerless to bring about positive change in a world that has plenty of issues?  The text suggests that we are not as insignificant or powerless as we think, and that our best identity is found in the understanding that we are known, created, and loved…by God.

However, before we feel too comfortable, the text goes on to describe God calling Jeremiah to be a prophet, and being a prophet is a risky thing in any age. To challenge the greed, self-interest, and unjust practices of powerful people in religion, politics, and business…is a risky thing. It was then, and continues to be in our time, for when we read through the whole of Jeremiah we see that his recurring message – that worship and justice matter to God – was generally not welcomed.

But, Jeremiah’s initial response to God’s call was not based on the fear of living an uncomfortable life.  He is remembered saying, “Truly I do not know how to speak, for I am only a boy…”’  Jeremiah knew that his abilities were limited, and did not think he would be up to the task. He was a boy in a culture that valued the opinion of adult men, and he was not good at public speaking which was going to be a core skill for the task. 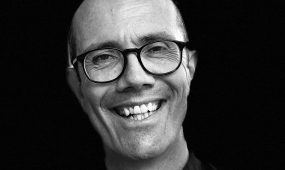 Could you God, be calling me?

In response God is remembered saying, “Don’t be afraid…for I am with you…”

There is interesting wisdom here which suggests that God will equip those who are called, and not necessarily call those who are equipped! That God calls unlikely people to lead and bring about change seems to be a recurring theme in both Old and New Testaments. For God called Moses the murderer to go back to Egypt and lead a community he was alienated from, and God called David the shepherd to challenge Goliath the professional soldier. God called the teenage girl Mary to have a baby, and her son called fishermen to be public speakers.

And, if God called all these unlikely people…surely God calls each one of us?

God’s blessing on your pilgrimage, and mine…as we live our lives, and respond to God’s call each day.

In the name of Christ. Amen.