The call to priesthood came quite out of the blue and at a very unexpected time ­– in the Kings Arms pub, in Cleobury Mortimer of all places. I was chatting with the then curate of my ‘local’ about possibly being more involved in church on a Sunday morning. I was thinking of maybe doing a reading or leading the prayers of intercession, something along those lines, when he suddenly commented that I should consider ordained ministry. Such was my shock at the suggestion, that I forcibly ejected my beer (which was incidentally, a Twisted Spire from Hobsons Brewery – well worth trying if you enjoy beer!) and apologised to the bar staff before swiftly cleaning up. 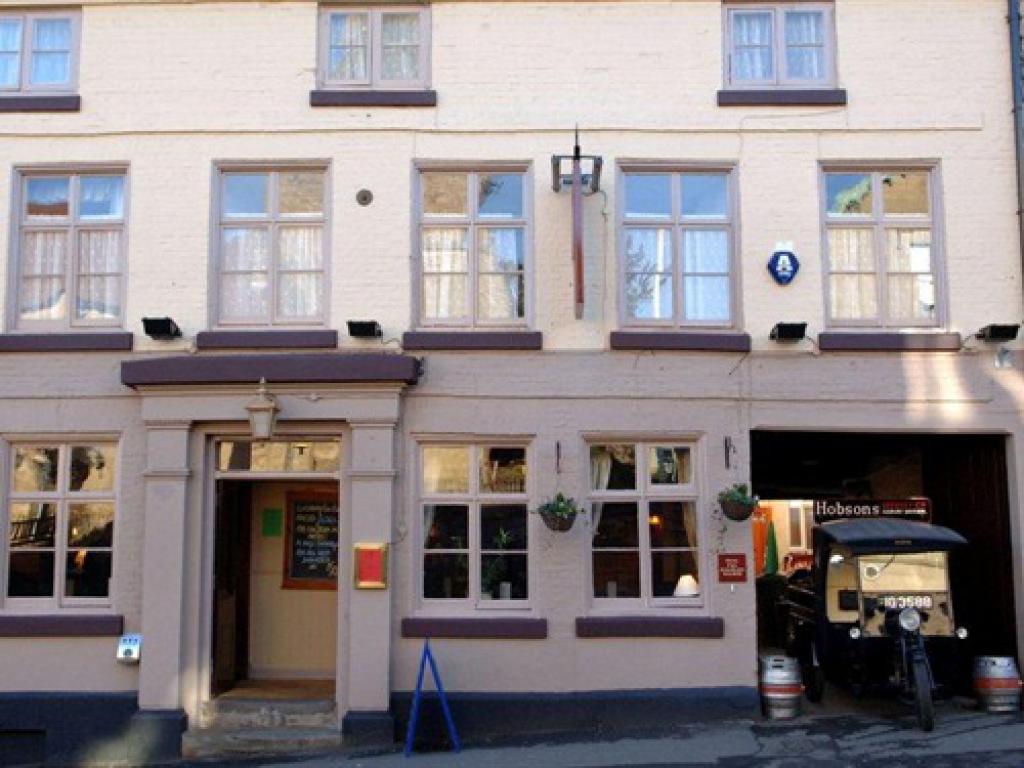 “The call to priesthood came quite out of the blue and at a very unexpected time ­– in the Kings Arms pub, in Cleobury Mortimer of all places” (The Rev’d Max Lambourne ­– image courtesy of Kings Arms)

I am a cradle Anglican, brought up in the Church of England at St Chad’s Church in Kidderminster, where I went to church on Sunday regularly with my family. I wandered away for a time in my late teens and early 20s, preferring to play football. But even then, I never lost complete contact with the Church. Through friends and family and engagement with Home Group, I stayed connected to the parish community.

My faith has, I guess, always been there. Not dramatic or flashy, just a slow burn in the background, like one of those slow matches with the tapers used for lighting fireworks that burn for hours without extinguishing.

I don’t have a tale of a life-changing encounter, a significant moment of conversion, an epiphany – a ‘road to Damascus’ moment. This, I suspect, is true for many people of faith. I never had any intention of becoming a priest. I wanted to be a stunt man or a school Geography teacher – I enjoyed geography and have a particular love of jumpers with elbow patches. Perhaps, in a way, as a priest I am part stunt man and part school teacher!

It is amazing how God is able to work through the very ordinary, like a pub chat between two mates, to bring about the most extraordinary situations. Fourteen months after that initial pub conversation, I was sitting in a Bishop’s Advisory Panel, and another four months later I was beginning theological college at Ripon College, Cuddesdon.

I was not convinced that I should become a priest, but others seemed much less surprised at the suggestion than me, and so, guided and encouraged by them, I continued to follow the path of ‘discernment’, always thinking that at some point a door would close and I could say, “well I tried, but it clearly wasn’t meant to be”. That never happened! Doors flew open, obstacles were overcome, and potential difficulties disappeared into the background.

Even my place at theological college came rather more swiftly than anticipated. Having elected to train at Cuddesdon, I became aware that there were no available places for the upcoming intake, meaning I would have to wait until the following year. Resigned to that fact, I started considering other options. My wife, Kyrsten, is Australian and we had discussed the possibility of moving to Australia temporarily to work, as the weather and lifestyle are great and the rates of pay are better, meaning we could live off one salary and save the other for a house deposit. A great plan, until I received an unexpected call from the principal of Cuddesdon, offering me a place that had become vacant after a student dropped out. Following a brief consultation with Kyrsten, I accepted.

I trained at Cuddesdon, supported pastorally, practically and financially throughout by Hereford Diocese. I was ordained deacon and priest in Hereford Cathedral, serving my curacy in the Parish of St George’s, in the small Shropshire village of Pontesbury. Curacy places are usually appointed quite swiftly in your final year as an ordinand, often by Christmas or early in the New Year. My curacy was not decided until late April and so we moved hurriedly in mid-June. Stressful, yes, but as with so many other elements of my story, it was right and blessed and guided by God in His time.

“A Baptism in St George’s, Pontesbury where I served as curate” (The Rev’d Max Lambourne)

I am now Priest-in-Charge of St Alban’s Anglican Church, Wilston. The move to Brisbane was, I believe, led by the Spirit. I have found myself welcomed, embraced and supported by my new Diocese. I serve in a Diocese that seeks to explore how our multicultural context, story and heritage can enrich our faith and our expressions of Anglicanism, and how the Church can continue to serve and be relevant to the communities it encounters. 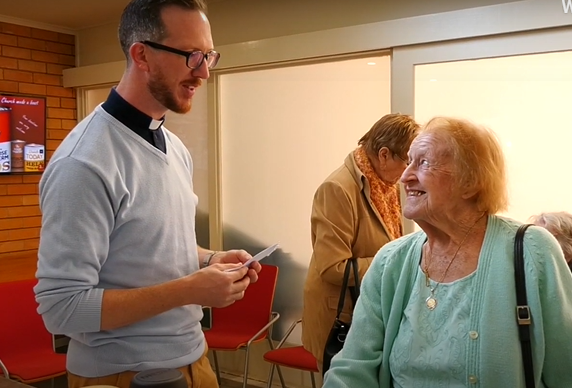 “I am now Priest-in-Charge of St Alban’s Anglican Church, Wilston. The move to Brisbane was, I believe, led by the Spirit. I have found myself welcomed, embraced and supported by my new Diocese”

I am excited to see how God calls me to serve in a Diocese that is as geographically diverse, with its beaches, rainforests, hinterlands and deserts, as its people. People here say, “You know when you are in Brisbane because passengers always thank the bus driver and motorists always let you in on the roads.” Brisbane is a big city with the heart of a country town, which makes it a wonderful place to serve in ministry and to make the transition from rural Shropshire to urban Queensland. 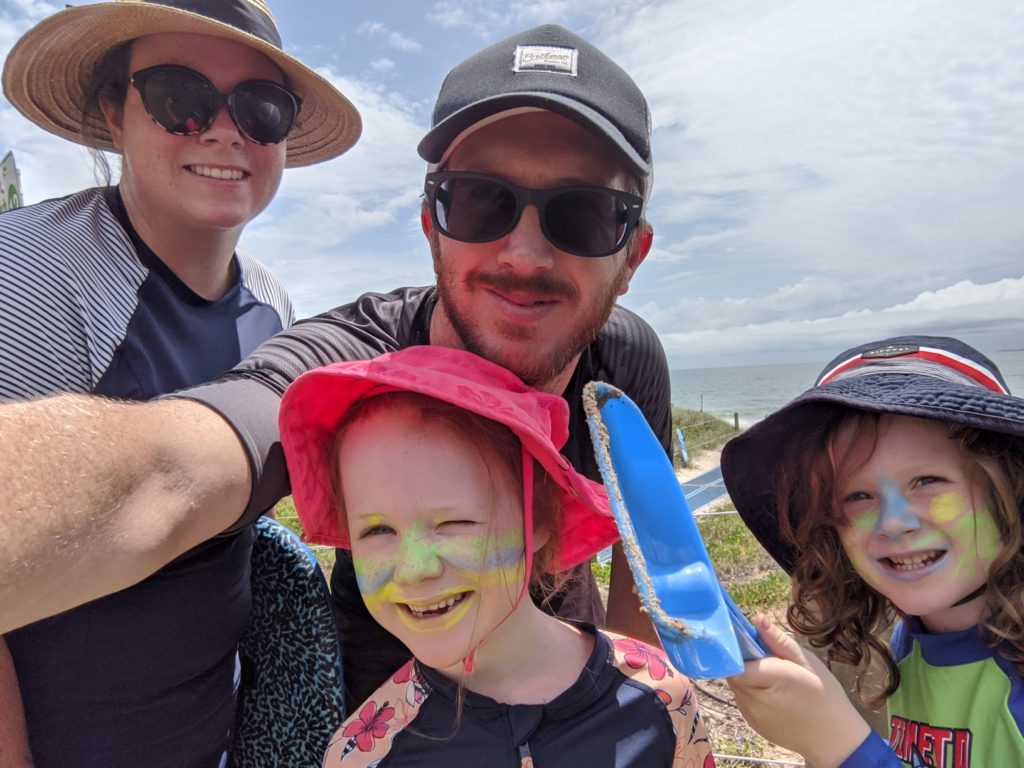 “I am excited to see how God calls me to serve in a Diocese that is as geographically diverse, with its beaches, rainforests, hinterlands and deserts, as its people” (The Rev’d Max Lambourne)

I want this tale to be one of encouragement for those exploring vocation, those in training, and those who are trying to discern the next move.

God is faithful and wise and if we have ears to hear and a heart to follow, He leads us not only to where we need to be, but also where He needs us to be.

For all those discerning their vocation, do not be limited by your own horizon. Be confident to step out in faith and trust in the capacity of God to use your gifts and skills, in the right place at the right time: 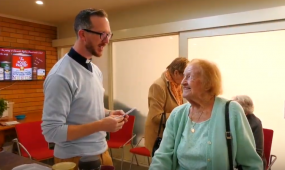 Is God calling You? – Max becomes a priest

“Trust in the Lord with all your heart,
and do not rely on your own insight.
In all your ways acknowledge him,
and he will make straight your paths.” (Proverbs 3.5-6)

15 July to 15 August is Vocations Month. It’s a great time to think about the call of God on our lives. We are calling on Anglicans around Southern Queensland to think about their own vocation. If you would like to explore a vocation as an Anglican Church deacon or priest, please contact The Rev’d Canon Sarah Plowman, Diocesan Director of Ordinands and Vocations, on (07) 3835 2267, via email at DDOV@anglicanchurchsq.org.au or via Anglican Vocations Facebook.