I recently asked a couple, “Why do you buy stamps from Diocesan Anglican Board of Mission (ABM) auctions?” and they replied, “Because of a trip to the tip.” I couldn’t leave the conversation there. I had to know more, so I bought a cup of tea, and we sat down for a chat.

It turned out that the couple had been cleaning up during a lockdown and decided to take a few things to the tip. The person in a car next to them at the waste pit asked them if they collected stamps because he was about to throw out a suitcase of stamps. Despite not being stamp collectors, the couple accepted the man’s offer. They have been keen stamp collectors ever since.

The Diocesan Anglican Board of Mission (ABM) Committee collects mint-condition and used stamps, and then sells them at auctions around Brisbane to raise money for ABM’s Sustainable Communities projects. Last year well over 40kg of stamps were gathered at Synod and a further 20kg were collected from other collection points and around the Diocese. Most of these have been sorted and either sold or ready for sale in upcoming auctions. Last year over $12,000 was raised and a further $6,000 has already been raised this year.

There was great excitement in February when a specialised collection was donated. After some discussion, we decided to sell some of the unique stamps through the online Roxbury’s Auction House. It was the first time we had used an online auction, but we felt we could reach more sellers – we raised over $3,500.

At our last in-person auction, I spoke with a local woman, and asked her why she comes to the auctions. She replied:

“I am a runner and about 15 years ago I started helping a Paralympian runner with his stamp collecting. He persuaded me to start collecting. Unfortunately, he died last year at 102 years old. One of the things I look for at these stamp auctions is Olympic stamps. I buy two sets of all Olympic stamps. I give one to a local museum, and the other I sell to raise money for the Paralympians.”

Another person I spoke to at the auction said he started collecting “when I moved to Australia when letters arrived from home, the stamps reminding me of familiar places and items. Collecting stamps has been good for my mental health.” I agreed with him that stamp collecting, as an interesting and enriching hobby, can be good for our wellbeing.

Lately, I have been finding the news very overwhelming. That was until I learned about ABM’s Global Disaster Management and Climate Change Fund. Last year some of our stamp money went to this project, which supports ABM’s partners in the Pacific region and beyond to address many critical issues through both education and practical action. The money raised helps ensure that the whole community is included in preparing for future disasters, not just a few key leaders.

This project, including women and men, people with disabilities, the elderly, children, and other vulnerable people, is a vital part of these disaster preparedness activities. Over 140 people from 42 countries in the Anglican Communion have participated in the course, which is offered online in six different languages and in four different time zones.

anglican focus readers can help by donating your stamps to ABM. The easiest way is to give them to your Synod representative to bring to Synod in Brisbane on 24 to 26 June. Stamps can also be dropped off at St John’s Anglican Church, Burleigh Heads; St John’s Cathedral, Brisbane; or, St Luke’s, Toowoomba. If none of these drop-off options suit, please get in touch with me (Sarah Gover) via sarah.gover@anglicanchurchsq.org.au or 0430 082 865, and I’ll find a way to get them to our dedicated stamp coordinators Brough and Margaret Warren. 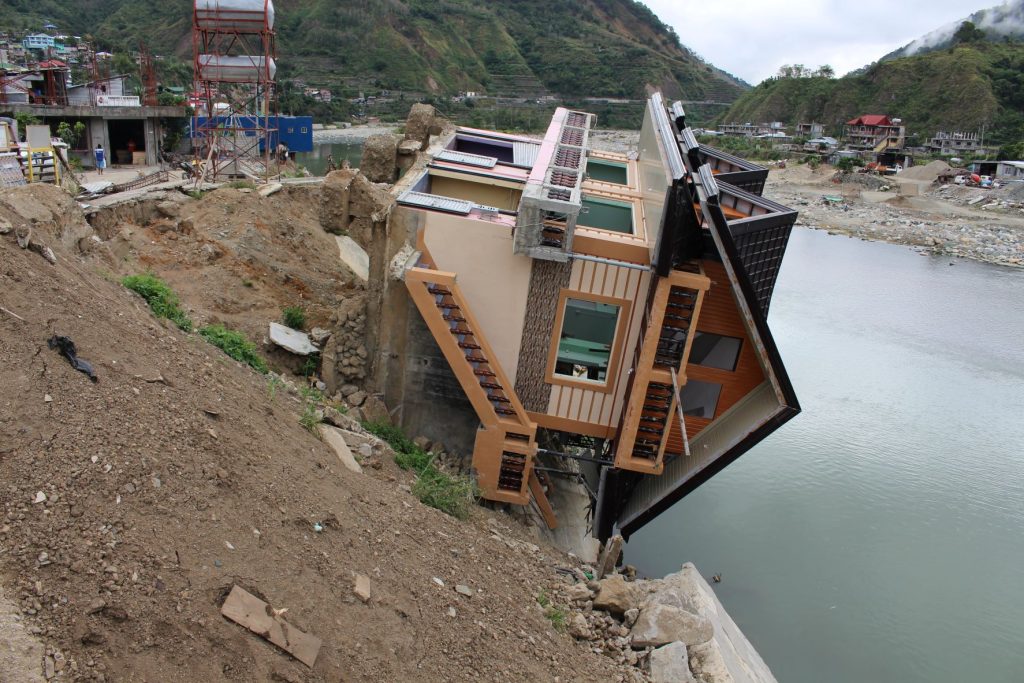 A house in Baguio in the Philippines, destroyed by a climate-related disaster in 2016 (Image by Sarah Gover)