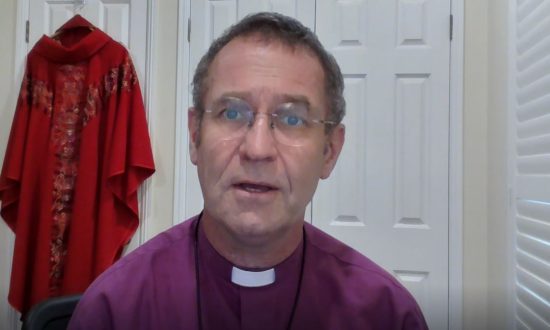 “A man called Bashkim had been walking for two days trying to get out of Kosovo after becoming separated from his family who had fled. At the side of the road he sees a torn photo, and upon picking it up discovers that the girl with fair hair and blue eyes pictured there is none other than his own daughter…Photo by photo, fragment by fragment he and 150 other men who had also been separated from their families were led up a trail into the mountains to be reunited with their families,” says Bishop John Roundhill, as he reflects on Jesus’ entry into Jerusalem 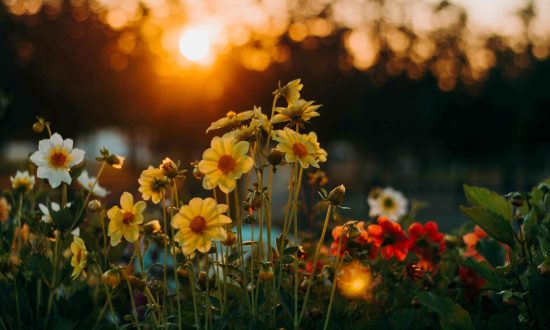 “No matter how hard you look, you won’t find ‘Easter’ in the Bible. The word ‘Easter’, that is; not the event itself,” says The Rev’d Selina McMahon, as she explores the word’s origins

The Rev’d Zoe Browne (with son Jude) delivering a care pack in April to a parishioner in The Parish of Dalby in April 2020. The pack includes a pastoral letter from Priest-in Charge, The Rev’d David Browne, a prayer booklet for the season and a candle to light while watching the service online.
Reflections

Canon Sarah Plowman spoke with a number of clergy recently, and has been struck by some very moving reflections and activities keeping Christian community alive 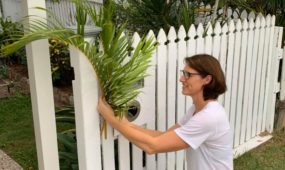 Is that a palm on your letterbox?

“This Palm Sunday, many households are planning to put some extra greenery on their door, in their front window or on their letterboxes, expressing an at-home solidarity with the community they are a part of,” says The Rev’d Andrew Schmidt 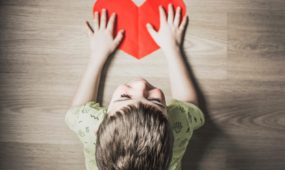 Challenging violence of every kind

“Jesus calls us into life in all its abundance, which includes the fundamental right to be safe – as Anglicans we are committed to transforming unjust structures of society and challenging violence of every kind, which necessitates actively contesting social norms that foster inequality and associated violence,” says Domestic and Family Violence Working Group member The Rev’d Gillian Moses 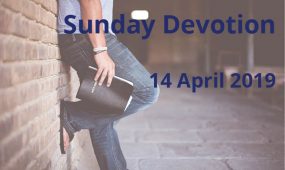 Palm Sunday – a day to be awestruck 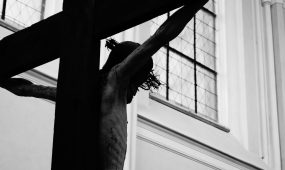 My song is love unknown

Scott Malcolmson reviews this big, beautiful late Lenten season hymn, which was written during a lunch by a controversial priest: “From the beginning, we find that this is a love song—sung to the Saviour who demonstrated pure love, even to the “love-less” so that they might be “love-ly”